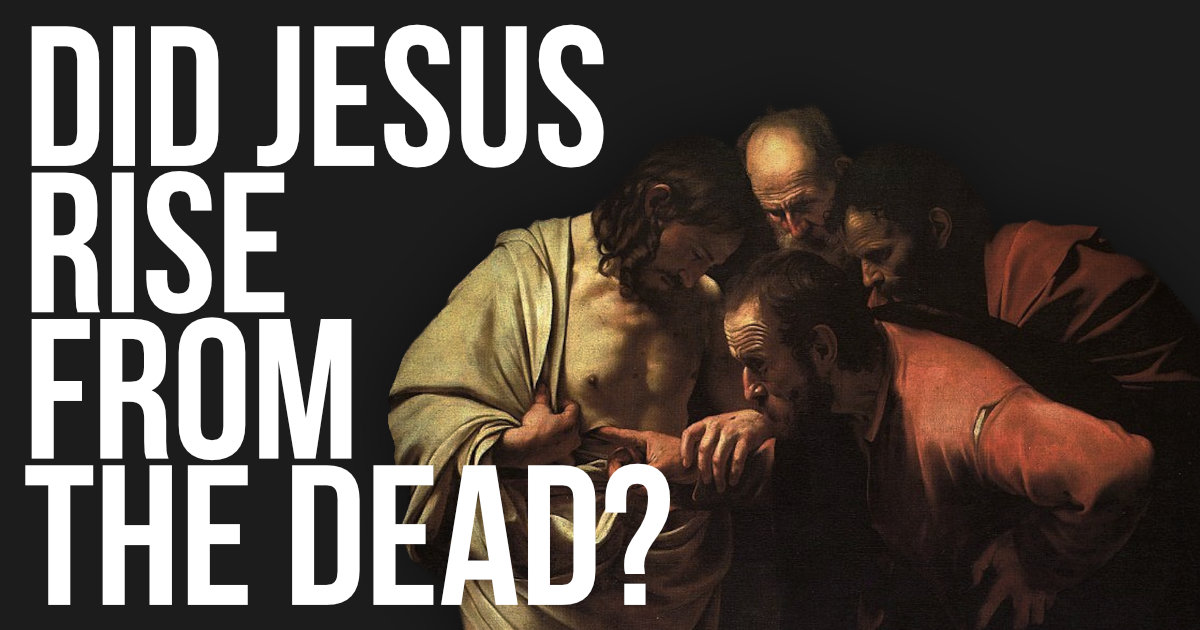 World religions simply aren’t in the business of opening the door to verification or falsification. By and large, the world religions need to be taken on faith, rather than fact. This isn’t a statement of cynicism, but of mere observation. For instance, if we ask why we should believe Islam is true, the Qu’ran gives us a simple and straightforward test: Try to write a “surah” (chapter) better than what we read in the Qu’ran.

Mormonism offers this for testing the truth claims of this belief system: Read the sacred scriptures of Mormonism, and ask God to reveal whether or not they are true.

We don’t desire to be disrespectful or insensitive to other faiths. We simply want to make a key observation: most religions will not allow themselves to be verified or falsified.

Christianity: faith based on fact

Unlike other belief-systems, Christianity can be disproven. One of Christianity’s most avid defenders wrote these words roughly two decades after Jesus died:

This ancient author—a man named Paul—was one of Jesus’ most dedicated followers. Notice his emphatic language: If Jesus didn’t physically rise from the dead, then the Christian faith is “useless,” the disciples were all “lying,” Christians are “still guilty of their sins,” and they should be “pitied” more than anyone on Earth.

To a student of world religions, this is a breath of fresh air! If Jesus rose from the dead, then Christianity is true; if he didn’t, then it is time to move on to something else. If you’ve never explored the evidence for the resurrection, why not explore the evidence? At worst, you’ll be able to cross Christianity off your list of potential belief-systems. At best, you may find eternal life!

Expectations for the Evidence

If this is our perspective about the study of history, then let’s be honest: no amount of historical evidence will convince us. But then again, the problem isn’t with the evidence… It’s with us! We could add evidence after evidence until we filled a small museum, but if we are simply unwilling to trust anything from history, then no amount of evidence would suffice. While it’s simply impossible to be a completely neutral explorer, we should do our best to put aside our own personal biases, weighing the evidence with as clear of a mind as possible.

If Jesus of Nazareth rose from the dead, then his extraordinary claims are true, and his message of love and forgiveness is a comforting reality for modern people. However, if Jesus didn’t rise from the dead, then Christianity is toast! (1 Cor. 15:12-19) The stakes can’t be any higher! If you’ve never explored the evidence, why not investigate this for yourself? At worst, you’ll be able to cross Christianity off your list of potential belief-systems. At best, you may find eternal life!

(1) Early Sources: What is the earliest biography for the life of Alexander the Great?—a man who conquered the known world. Our earliest biography comes from Arrian in AD 130, roughly 450 years after Alexander the Great died in 323 BC. Our earliest source for the death, burial, resurrection, and appearances of Jesus comes at most within a few years after his death. Paul wrote to a community of Christians in Corinth, Greece in roughly AD 55. In chapter 15, Paul quotes from a very early statement of faith.

(2) Execution: In order for Jesus to rise from the dead, he needed to be dead first. Did Jesus die by crucifixion, or did he survive somehow? Even hostile critics of the Christian faith agree that Jesus died from crucifixion. The death of Jesus is one of the firmest facts of history—even according to critical NT scholars. Ancient non-Christian writers mention the crucifixion of Jesus, modern medical analysis concludes that Jesus was dead before the spear punctured his side, and the Roman executioners surely would have ensured Jesus’ death.

(3) Empty Tomb: All four biographies of Jesus claim that his tomb was empty on the Sunday morning following his crucifixion. But how can we know if this claim is true? Before we survey the evidence, note that even highly critical and credentialed historians agree that Jesus’ tomb was empty. Multiple, independent lines of historical evidence support the empty tomb, including the women witnesses, burial by two Sanhedrists, the Nazareth Inscription, the accounts from the opposition presupposing an empty tomb, and its very early attestation.

(4) Expectation of Resurrection: Our earliest historical documents describe Jesus as being physically risen from the dead. The earliest disciples did not believe in an apparition of Jesus, but in the resurrection of Jesus. Jesus wasn’t a phantom, but a physical person. But neither Judaism nor Paganism had a concept for a dying and rising Messiah. The best explanation for the radical concept of a resurrected Messiah was that they actually saw Jesus risen from the dead—despite every theological, philosophical, and sociological pressure to the contrary.

(5) Eyewitnesses: Jesus’ closest disciples verified the veracity of their convictions with their own blood. The best explanation for their courage, suffering, and martyrdom is the resurrection of Jesus. It may surprise you to read, but even atheistic, critical scholars agree that the disciples had sincere experiences that they believed were Jesus risen from the resurrection. Why would the vast majority of critical scholars affirm that the disciples sincerely believed that Jesus appeared to them after his death? The historical data are solid.

What is the Best Explanation for the Resurrection? You need a theory that explains the most amount of the data (i.e. explanatory scope), and explains it with the highest level of probability (i.e. explanatory power). To put this another way, you need a theory that isn’t simply possible, but probable. In our estimation, we contend that the resurrection of Jesus explains the most amount of data and makes the most sense out of it.

Skeptics, critics, and naturalistic historians offer alternate theories for the resurrection account of Christ. A number of the most popular hypotheses are encountered below:

LEGEND THEORY: “The resurrection was a legend that grew over time.” Some critics argue that the resurrection was the result of an accumulating legend. After Jesus died, the story of his “resurrection” was exaggerated in an oral culture—like a game of Telephone.

SWOON THEORY: “Jesus didn’t really die… He revived in the tomb.” Some skeptics and Muslim thinkers postulate that perhaps Jesus only appeared to die on the Cross (i.e. “swooned”). On the cross, Jesus merely went into a deep comatose state that was near death. However, after he was laid in the cool, dark tomb, Jesus regained strength and came back to life.

WRONG TOMB THEORY: “The women visited the wrong tomb and thought Jesus rose.” Under this theory, the women misidentified Jesus’ tomb, and this false testimony led to the belief in the resurrection.

TWIN BROTHER THEORY: “Jesus had an identical twin who replaced him after he died on the Cross.” According to this theory, Jesus had an unknown twin brother, who showed up to Jerusalem just as Jesus was crucified. He took Jesus’ place, appearing to be resurrected.

Craig, William Lane. The Son Rises: The Historical Evidence for the Resurrection of Jesus. Eugene, OR: Wipf and Stock Publishers, 2000.

This book is definitely written for the lay person, but it covers much of the persuasive evidence for the resurrection.

Ladd, George Eldon. I Believe in the Resurrection of Jesus. Grand Rapids: Eerdmans, 1975.

If you are looking for depth, Licona’s book has one of the most well-researched treatments of this subject. While we appreciate Licona’s historical contribution, we disagree with him regarding inerrancy and his beliefs about genre criticism.

Wright’s 800-page book is considered one of the most exhaustive treatments of the resurrection to date. However, we disagree with Wright on inerrancy, the New Perspective on Paul, and his minimization of penal substitionary atonement.