What People Are Saying about Evidence Unseen 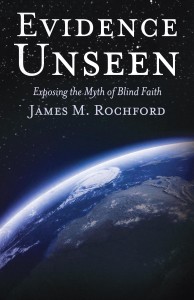 “Aimed especially at college students and seekers, Evidence Unseen shows us that Christian faith is not a blind leap in the dark, but a humble dependence on the God of the Bible, who has revealed himself through substantial evidence. The author presents this evidence quite readably under four headings: internal evidence, external evidence, and evidence from Scripture, divided into fulfilled prophecy and the historical reliability of its message. He shows us that humans need God in order to be able to function consistently in this world; that nature universally and locally points to its creator and designer; that this designer has also controlled history to fulfill the predictions of the biblical prophets; and that the biblical narratives (here, the narratives about Jesus) show themselves to be fully trustworthy. I highly recommend Evidence Unseen for your own search for what life is all about, and for helping others in their searches. (Dr. Robert C. Newman—Emeritus Professor of New Testament & Christian Evidences—Biblical Seminary— PhD Theoretical Astrophysics, Cornell University)

“James Rochford writes in an engaging style with vivid illustrations and humorous examples. Reading the book seems like sitting down and discussing these issues with the author over coffee; it is conversational in the best sense and reflects Rochford’s years of ministry experience doing just that. While the issues are complex, he succinctly and clearly demonstrates again and again that those questions that seem like barriers to faith turn out to be evidence for the truth of God and the Bible.  I highly recommend this book for those just beginning their search and for those who need a reminder that Christian faith is not blind faith.” (Dr. Eric Tully—Professor of Old Testament and Semitic Languages—Trinity Evangelical Divinity School)

“I had been searching for an apologetics text that lays out the evidence in a way I could explain it to a non-Christian. This book is it! Thorough coverage of the evidence, excellently documented, and piercingly convincing.” (Dr. Rosemary J. Avery—Weiss Presidential Fellow—Cornell University)

In my opinion, this is the perfect book for the skeptic as well as the person who is just starting to learn about the role of Christian apologetics. I have already handed out some copies to people in our campus ministry and I continue to give some to seekers as well. I don’t want for one second to say this book is strictly for the young seeker. It can be used as a resource for any age group. My advice is to pick up a copy and give it to a friend. Time’s a wastin! (Eric Chabot—Founder and Director of Ratio Christi at OSU Read more here)

“The chief advantage of Rochford’s text is that he keeps the content high without burdening his readers with academic language. His writing style is casual and personal and yet he does not skimp on difficult questions. He illustrates his points with engaging pop culture examples while making contact with numerous hard-hitting disciplines—history, archeology, theology, philosophy and science.” (Pat Reeder–PhD Philosophy, Ohio State University)

“Dealing with such complex subjects, Rochford could have easily let his core ideas get lost in academic minutia. But one of Evidence Unseen’s great triumphs is its simplicity… he never says more than he needs to in order to get his point across, and his deadpan sense of humor goes a long way toward brightening up subjects that could become dreary or contentious if handled carelessly.” (Chris Deville–Journalist with Columbus Alive)

I saw James Rochford present at Xenos Church’s Summer Institute and was so impressed that I immediately purchased his book Evidence Unseen: Exposing the Myth of Blind Faith (New Paradigm 2013) and I wasn’t disappointed.  Rochford covers a lot of ground in roughly 200 pages.  He moves from the internal evidence for God to the external evidence for God.  He does so with wit and a crisp writing style.  Where he truly shines is in discussing the role of prophecy in apologetics and evangelism (Read more). (Matt Rawlings–Teaching Pastor of Revolution)

“Where Rochford excels, in my opinion, is the way in which he presents opposing views or interpretations to the evidence for the existence of God and the reasonableness of the Christian Faith.” (Harry Sarvis–PhD Biology)

“In showing the credibility of Christianity, Rochford effectively argues that it is worthy of serious consideration by honest thinkers. By providing so many references to thinkers on both sides of the issue, he invites his readers to explore and play fair with the facts.” (Lee Campbell–PhD Neurosciences)

“The sources referenced and the complex reasoning in his work put this book on a strong scholarly foundation. Additionally, the personal examples, analogies, and conversational style make it very readable.” (Joe Gladwell–M.D.) 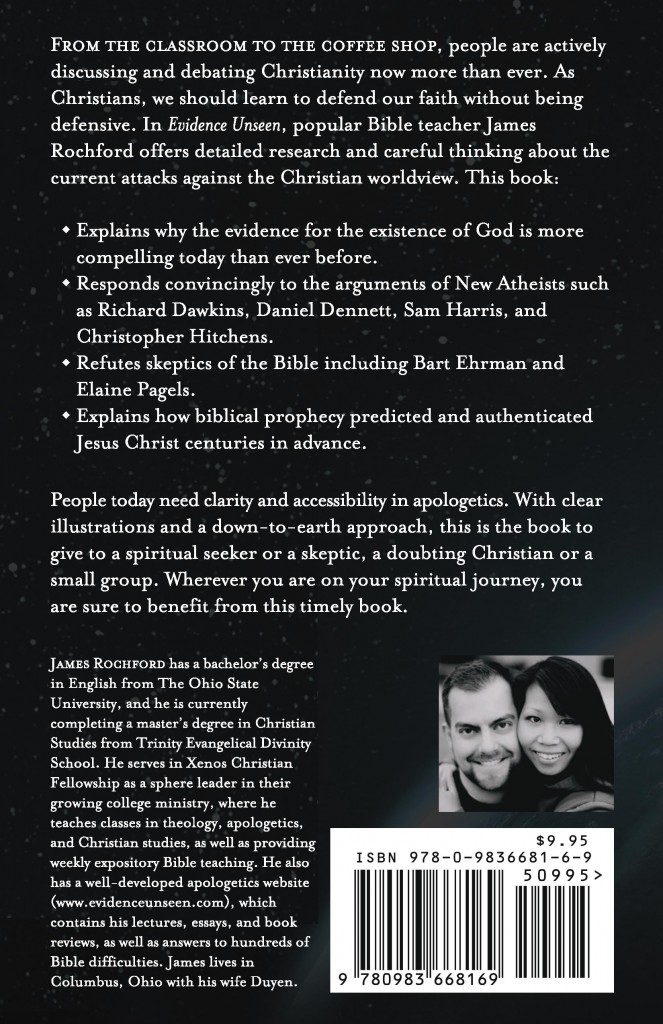 CHAPTER 3: Doesn’t God need a cause?

CHAPTER 4: What about the multiverse?

CHAPTER 8: Were the prophecies written before Christ or after?

CHAPTER 8: Aren’t there prophecies like this in other religions or from psychics?

CHAPTER 11: Do variations destroy the message?

MAKING UP YOUR MIND: Projecting God or rejecting God?