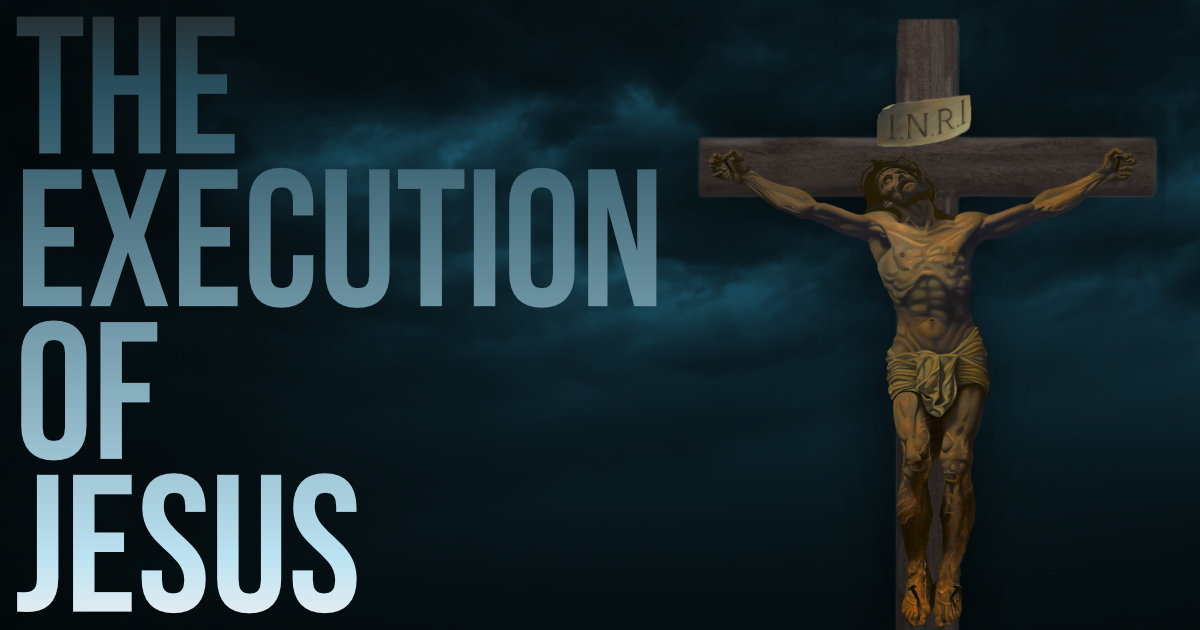 In order for Jesus to rise from the dead, he needed to be dead first. Did Jesus die by crucifixion, or did he survive somehow? Even hostile critics of the Christian faith agree that Jesus died from crucifixion:

Gerd Lüdemann (atheistic NT professor at Göttingen): “Jesus’ death as a consequence of crucifixion is indisputable.”[1]

John-Dominic Crossan (scholar in the skeptic Jesus Seminar): “That [Jesus] was crucified is as sure as anything historical can ever be, since both Josephus and Tacitus… agree with the Christian accounts on at least that basic fact.”[2]

Bart Ehrman (atheistic NT scholar): “One of the most certain facts of history is that Jesus was crucified on orders of the Roman prefect of Judea, Pontius Pilate.”[3]

Why would critics of the Bible hold such certainty and unanimity on this historical event? The historian simply buckles under the weight of the evidence.

Cornelius Tacitus (Non-Christian Roman historian, AD 110): “Christus… was put to death by Pontius Pilate, procurator of Judea in the reign of Tiberius: but the pernicious superstition, repressed for a time, broke out again, not only through Judea, where the mischief originated, but through the city of Rome also.”[4]

Lucian (Greek satirist, AD 115-200): “The Christians, you know, worship a man to this day… and was crucified on that account… they are all brothers, from the moment that they are converted, and deny the gods of Greece, and worship the crucified sage.”[6]

We could explore more non-Christian testimony for the life and death of Jesus of Nazareth (see “Did Jesus Exist?”). Suffice it to say, these non-Christian sources give powerful historical weight. Just imagine that you were put on trial, and three of your most hated enemies testified in favor of your alibi. Consider how much that would validate your story! Similarly, each of these three sources (Roman, Jewish, and Greek) are anti-Christian, but all affirm the death of Jesus of Nazareth.

Second, modern medical analysis concludes that Jesus was dead before the spear punctured his side. John wrote, “One of the soldiers, however, pierced his side with a spear, and immediately blood and water flowed out” (Jn. 19:34 NLT). This was a somewhat common procedure for crucifixion victims.[7] Incidentally, two medical doctors analyzed this biblical account in The Journal of the American Medical Association (March, 1986). They cited this verse as evidence that Jesus was dead even before the spear pierced through the rib. They explained:

Clearly, the weight of historical and medical evidence indicates that Jesus was dead before the wound to his side was inflicted and supports the traditional view that the spear, thrust between his right ribs, probably perforated not only the right lung but also the pericardium and heart and thereby ensured his death. Accordingly, interpretations based on the assumption that Jesus did not die on the cross appear to be at odds with modern medical knowledge.[8]

Many medical experts have come to similar conclusions.[9]

Third, the Roman executioners surely would have ensured Jesus’ death. The Romans had two centuries to perfect the horrific killing machine of crucifixion. Perhaps no other ancient culture in human history has ever gained such an adept skill in the art and science of carrying out capital punishment. What are the chances that we would expect someone to survive a modern day execution? They are probably no more likely than first century Roman capital punishment—given their regular practice and expertise.

What about the mention of a crucifixion survivor in Josephus?

Josephus offers an example of a man surviving crucifixion. While he was walking by thousands of crucified Jews, Josephus recognized three of his friends who were being crucified. He asked for them to be taken down, and only one survived. He wrote,

I saw many captives crucified; and remembered three of them as my former acquaintance. I was very sorry at this in my mind, and went with tears in my eyes to Titus, and told him of them; so he immediately commanded them to be taken down, and to have the greatest care taken of them, in order to their recovery; yet two of them died under the physician’s hands, while the third recovered. (Josephus, Life, 1.420-421)

Conclusion: Jesus was dead before he touched the ground

The Roman soldiers took Jesus down from the Cross as a lacerated mess of dead flesh, and he was buried a dead man. The concept that Jesus actually survived the crucifixion, and later appeared to his disciples, has been rejected from NT scholarship for two centuries. Even critical historians affirm that Jesus of Nazareth died by crucifixion.

Furthermore, since Jesus died in an incredibly shameful way, this would seem to end his messianic movement. Historically, when a false messiah died, the man was abandoned and ridiculed by his followers. For instance, when Simon bar Kokhba failed to lead a successful messianic revolt in AD 135, his followers scorned him as a false messiah, calling him Simon bar Kozeba (“the son of lies”). Similarly, when Jesus died, everyone abandoned him, returning home or to their places of work.

The movement was over.

At least, until Sunday morning…

[4] Cornelius Tacitus, Annals, 15.44. Even though Tacitus errs on his title (Pilate was prefect of Judea, not procurator), it still shows that he was cognizant of the historical Pilate and his administration in Judea.

Robert Bucklin, “The Legal and Medical Aspects of the Trial and Death of Christ,” Medicine, Science and the Law (January, 1970).