Authorship of the Pentateuch

Is Genesis History? Are the early chapters of Genesis a historical account? By “history,” we simply mean that the events recorded in the opening chapters of Genesis actually occurred in reality. To borrow a phrase from the late Francis Schaeffer, the events in Genesis occurred in real “space and time.” It is beyond our aim to give a robust case for why the events in Genesis are true. The aim of this paper is to identify what the author intended when he wrote these accounts. Did he intend them to be accurate accounts of the past? We think so.

Did Genesis Borrow the Creation and Flood from Mesopotamian Myths? Several ancient Near Eastern mythologies predate the Hebrew Scriptures by several centuries, containing many similarities with Genesis. Consequently, critical scholars argue that Genesis copied from these creation and flood mythologies.

Theistic Evolution: A Critical Evaluation Theistic evolution (or “evolutionary creationism”) is the view that God created everything—from molecules to modern people—through completely natural processes. How does this integrate with biblical theology?

Young Earth Creationism: Is it the ONLY View? Young Earth Creationism (YEC) is the view that God created the universe in six, consecutive, and literal 24-hour days. By adding together the genealogies of Genesis 5 and 11, they date the age of humans (and thus the universe) anywhere from 6,000 to 10,000 years ago. Is this the only way to interpret the early chapters of Genesis?

Young Earth Creationism: A Scientific Evaluation What is the scientific evidence for an old Earth and an even older Universe? To put this frankly, the evidence is overwhelming, and it comes from several independent fields of scientific study.

Gap Theory Interpretation Gap Theory is also called the Ruin-Restitution Theory or the Recreation View. As the name suggests, this view holds that there is a gap of time between Genesis 1:1 and Genesis 1:2. How much time transpired? Scripture doesn’t say, but most gap theorists agree with the standard ages of the universe and the Planet Earth. During this gap of time, the Earth “became” formless and void. Gap theorists often claim that this was a divine judgment—perhaps caused by the fall of Satan. Genesis 1:3 and following describe God’s recreation of the world (or perhaps a local region).

Days of Divine Fiat Interpretation From this perspective, the six days of creation refer to God’s perspective from heaven—not Earth. While God announced his decree over six consecutive 24-hour days in heaven, the results took place over indeterminate periods of time on Earth. According to Hayward, God’s commands are followed by parentheses, explaining the effect on Earth.

Functional Interpretation of Genesis: A Critical Evaluation of John Walton John Walton is the premier proponent of the Functional View of creation, though Dennis Venema (a biologist) and Scot McKnight (a NT scholar) also share this perspective. According to this view, Genesis 1 does not describe the origin of material things, but rather their order and function.

Genesis as Mytho-History: A Critical Evaluation of William Lane Craig Recently, Dr. William Lane Craig has argued that Genesis 1-11 is primarily in the genre of “mytho-history.” What does he mean by this, and what should we think of his proposal?

Evolution and Creation Biologists often refer to neo-Darwinian evolution as an undeniable fact –beyond all feasible doubt. This article surveys the evidence and offers a unique perspective.

(Gen. 1:1) Does the Bible teach that God created the universe or just the Planet Earth?

(Gen. 1:1) Does the Bible teach creatio ex nihilo (or a creation out of nothing)?

(Gen. 1:3) How could God create light after the creation of the Earth?

(Gen. 1:12) Does Genesis record the existence of life out of order?

(Gen. 1:14) Does Genesis teach that the sun and moon were created after the Earth?

(Gen. 1:28) Does this passage justify deforestation, pollution, and animal cruelty?

(Gen. 1:29-30) Does this passage claim that lions and tigers were vegetarians?

(Gen. 2:4) Why does the creation story repeat itself?

(Gen. 2:19) Were animals created after the first humans?

(Gen. 3:15) Does this passage support the Roman Catholic view of Mary as co-redemptrix with Christ?

(Gen. 3:16) Does this passage sanction men ruling over women?

(Gen. 4:3-5) Was Abel’s sacrifice better because it was a blood sacrifice?

(Gen. 4:14-17) Where did Cain get his wife, and why was he afraid of other people, if he was the only person alive on Earth?

(Gen. 5:5) Did these people really live this long?

(Gen. 6-8) Did the Flood really cover the entire Earth?

(Gen. 6:6) Did God make a mistake in creating mankind?

(Gen. 9:13) Does this passage imply that rainbows began during the time of Noah?

(Gen. 9:26-27) Does this predict that the Messiah would come from the Semitic people (i.e. the descendants of Shem)?

(Gen. 16:1-2) Isn’t this odd that Sarai would want Abraham to impregnate Hagar?

(Gen. 26:4-5) Is the Abrahamic Covenant still operative today? –or Did the Jews forfeit these blessings because of their rejection of Christ?

(Gen. 27) Why would God bless Jacob, rather than Esau, when Jacob lied and deceived to get the deathbed will?

(Gen. 36:31) How could Moses write this before the monarchy?

(Gen. 37-50) What are the parallels between Joseph and Jesus? Does this story prefigure Jesus?

Date of the Exodus

(Ex. 1:15-21) How could God bless the actions of the midwives, when they lied and disobeyed the authorities?

(Ex. 2:1-10) Was the Moses birth story copied from pagan parallels?

(Ex. 3:3) Are miracles like a “burning bush” just pre-scientific myths?

(Ex. 3:5) Why does God give Moses an arbitrary command like removing his sandals?

(Ex. 3:18) Why does God tell Moses that it would only be a three day trip, if he planned on rescuing them permanently from the Egyptians?

(Ex. 3:22) Why would God command the Hebrews to steal from the Egyptians?

(Ex. 5:3) Why would God kill his own people with pestilence or a sword?

(Ex. 6:3) How can this be the first time God revealed his name “Yahweh,” when this name is used often before this time?

(Ex. 7:14) Is there a feasible naturalistic explanation for the 10 plagues?

(Ex. 16:34) How could Moses mention the Ark of the Testimony before it was even created?

(Ex. 25:10-22) Did the Tabernacle worship and the ark of testimony foreshadow the work of Christ?

Why the Arbitrary Laws?

Why the Religious Festivals?

(Num. 22:21) Why does God command Balaam to go to Balak, but then, he gets angry with Balaam for going?

(Num. 23:19) Does this passage forbid the possibility of the incarnation?

(Deut. 2:12) How could Moses write this if he had never been to the Promised Land?

(Deut. 6:4) Does this passage invalidate the Trinity?

(Deut. 20:13-14) Does this passage teach that Israelite men could rape and pillage foreign women? 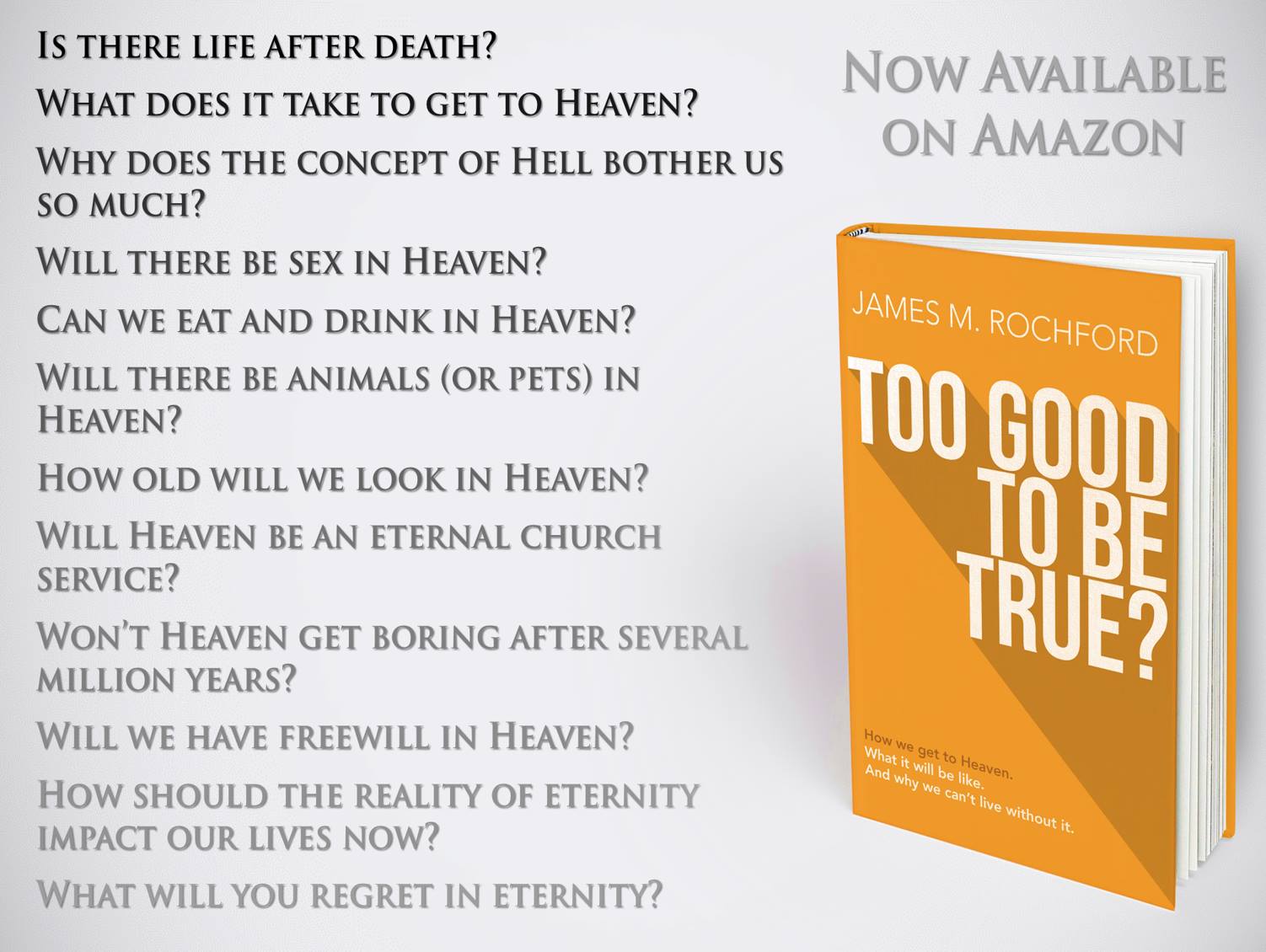