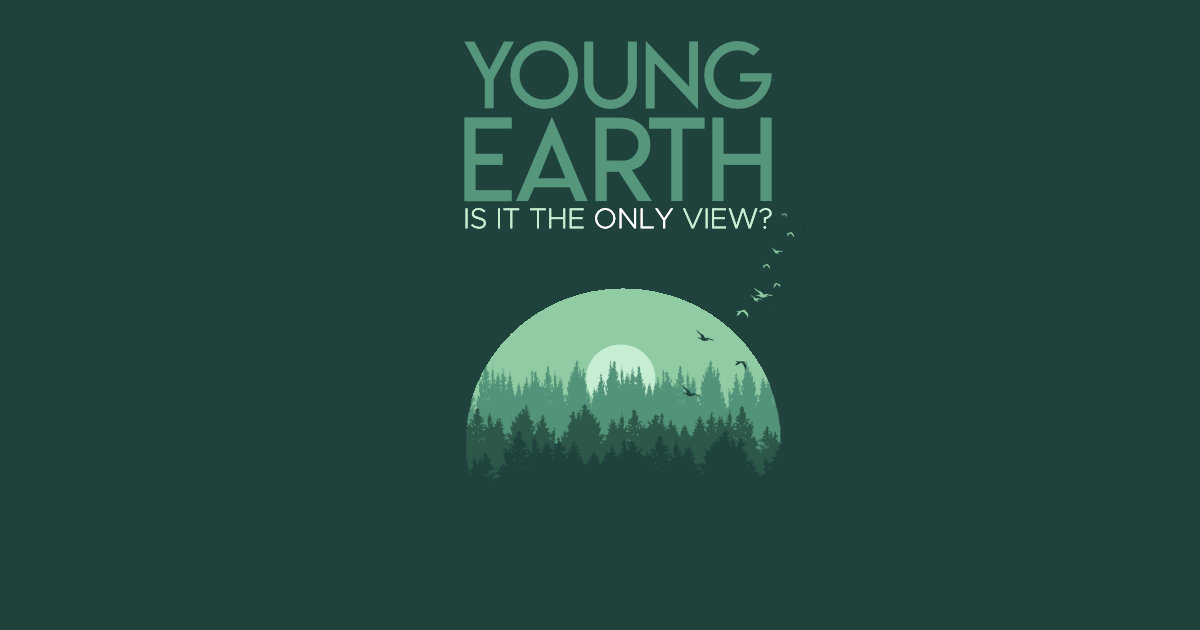 Young Earth Creationism (YEC) is the view that God created the universe in six, consecutive, and literal 24-hour days. By adding together the genealogies of Genesis 5 and 11, they date the age of humans (and thus the universe) anywhere from 6,000 to 10,000 years ago.

Are we denying biblical inerrancy if we deny a Young Earth?

YEC never cease marshalling the claim that a denial of the age of the Earth is a denial of inerrancy. But this simply isn’t true. Inerrantists don’t deny inerrancy; they deny YEC. The Young Earth interpretation isn’t the only responsible interpretation. In fact, most of the greatest defenders of biblical inerrancy held to an Old Earth view.

The Presbyterian Church of America (PCA) faced a divide of its own over the age of the Earth. After two years of study, they produced a 92-page report titled the “Report of the Creation Study Committee” (2000), which included the Day-Age, Analogical Day, and Literary-Framework view. All members of the panel—including YECs—signed the report for their denomination.

Westminster Theological Seminary (WTS) is known for its commitment to biblical inerrancy, and it also faced a division over YEC. After a year of deliberation, the faculty produced a four page summary of their views on Genesis called the “Westminster Theological Seminary and the Days of Creation” (1999). This also included the Day-Age view, among others.

Are we denying biblical perspicuity if we deny a Young Earth?

We agree with the perspicuity of Scripture—even children can understand the teaching of the Bible (2 Tim. 3:15-17). However, no theologian holds that perspicuity applies to every verse within Scripture. For instance, what does “the baptism of the dead” refer to? What is the “sin that leads to death”? (If you find out, let me know!) Perspicuity does not refer to every statement in Scripture, because some doctrines are simply clearer than others. Rather, perspicuity refers to the central doctrines that the Bible teaches. Applying the perspicuity of Scripture to the age of the Earth is simply beyond the range of its accepted meaning.

Is belief in an Old Earth a compromise to modern science?

Avid YECs seem to never tire of calling OECs compromisers to modern science. In fact, many call them flagrant false teachers and dangerous deceivers. YECs frequently claim that OECs trust in the words of man, rather than the word of God.

But is this a fair indictment?

According to the Bible, God gives “knowledge” of himself through our study of his creation (Rom. 1:20; Ps. 19:1-4). God’s general revelation through nature should not contradict his special revelation through scripture. God would no sooner contradict his world with his word, than Matthew would contradict Mark. Of course, Scripture is far easier to interpret than nature. But if we run into a contradiction between science and scripture, then either our interpretation of the science is mistaken, or else our interpretation of scripture is mistaken. 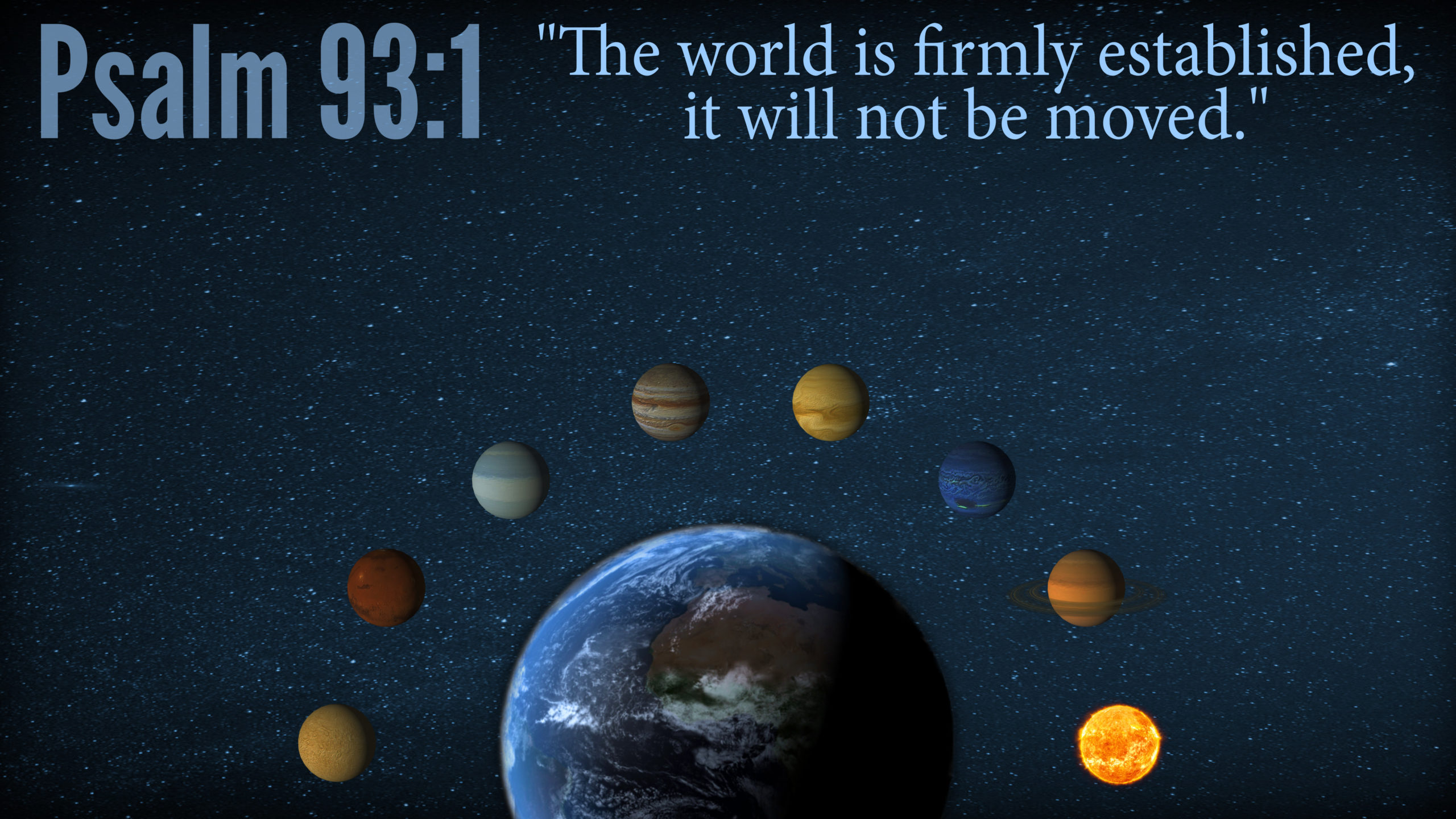 But this is no mere thought experiment. It’s a historical reality. Even biblical scholars of the 16th century concluded exactly this. Even though Martin Luther was well aware of Copernicus’ heliocentric model, he said, “This fool [Copernicus] wishes to reverse the entire science of astronomy, but sacred Scripture tells us that Joshua commanded the sun to stand still, and not the earth.” In his commentary on Psalm 93:1, John Calvin wrote, “Who will venture to place the authority of Copernicus above that of the Holy Spirit?” Likewise, John Wesley stated that accepting Copernicus’ heliocentric model was “tending toward infidelity.”[7]

Why aren’t there creation conferences defending the geocentric view? Why are there no YEC creationists developing elaborate models to prove that Copernicus and Galileo were wrong? Are these YECs “compromisers” to modern science?

Of course not. God’s word doesn’t contradict God’s world. It seems to me that YECs dogmatically declare that their interpretation of Genesis 1 is infallible or nearly so, and all others are deceived or dangerous or both.

Was the Young Earth view held throughout the history of Christianity?

YECs often claim that their view was held throughout church history, and it was only after the advent of modern geology that Christians began to reinterpret the Bible to teach an Old Earth.

Our first response to this is simple: So what? As we have already seen, scientific discoveries—like those of Copernicus and Galileo—can send us back to the biblical texts to rethink our interpretation. Remember, Scripture is inerrant, but our interpretation is not.

Additionally, we honestly find this argument rather odd coming from YECs. After all, they insist that we should believe in the word of God and not man, remember? Following in the heritage of the Reformation, YECs believe firmly in Sola Scriptura (“Scripture alone”), and yet, they routinely quote church fathers to support their case. We benefit from the insights of biblical teachers, whether they are current or ancient. But why do YECs appeal to ancient Christian interpreters as though this gives authority for their interpretation of Genesis? It’s quite likely that these same church fathers would have held that the Sun circled the Earth, as we saw earlier (1 Chron. 16:30; Ps. 93:1).

To put it simply, no. In fact, it’s surprising how little attention was paid to the duration of the creation days. While the early Christian teachers wrote about Genesis 1 more than any other text—roughly 2,000 pages in total, they devoted only two pages to the length of the creation days.[9] And their view was not uniformly Young Earth.

Justin Martyr (AD 150) and Irenaeus (AD 200) both noticed the difficulty of the statement: “In the day that you eat from it you will surely die” (Gen. 2:17). However, they note the obvious: Adam lived for 930 years. From this, they concluded that the term “day” could refer to a thousand years according to God. Both authors appealed to Psalm 90:4 and 2 Peter 3:8 to justify this interpretation (Dialogue with Trypho, 81; Against Heresies, 5.23.2).

Clement of Alexandria (AD 250) held to the allegorical interpretation of those like Philo, claiming that creation occurred instantaneously—not over the course of 144 hours (Stromata, 6).

Origen (AD 250) held that time as we know it didn’t exist until Day Four, after the arrival of the sun, moon, and stars (First Principles, 4.3). And he held that Day Seven persisted throughout all of human history (Against Celsus, 6.61).

Augustine (AD 400) referred to the six days of creation as “six spaces,” and later concluded, “What kind of days these were it is extremely difficult, or perhaps impossible for us to conceive, and how much more to say!” (The City of God, 11.6.1) Elsewhere, he wrote, “At least we know that it is different from the ordinary day with which we are familiar” (The Literal Meaning of Genesis, 5.2). Regarding the connection between the creation week and our work week, he wrote, “These days indeed recall the days of creation, but without in any way being really similar to them” (The Literal Meaning of Genesis, 4.27). He considered the seventh day to be eternal, and God had “sanctified it to an everlasting continuance” (Confessions, 13.36).[10]

Anselm (AD 1033-1109) wrote that “the ‘days’ of Moses’ account… are not to be equated with the days in which we live” (Cur Deus Homo, 18). Though, it appears that he believed in an instantaneous creation.

For all of these reasons, Terence Fretheim (who is himself a YEC) states, “This question has often been debated in the history of the Church. While recent scientific developments may have intensified the debate in many ways, the issue of the interpretation of the days of Genesis 1 is almost as old as the Church itself. The Genesis days were interpreted in an allegorical way by such figures as Origen and Augustine… The understanding of days in terms of periods of time predates the Darwinian revolution.”[12]

If God is omnipotent, then why did he take billions of years to create the universe?

This question is a strange bedfellow with a common atheistic argument—namely, why did God create such an enormous universe, if he only needed to house humanity. The error in this thinking is quickly apparent: As an omnipotent being, God is not short on power or resources. Creating a massive cosmos isn’t any more difficult than creating a massive caterpillar. Similarly, as an eternal being, God is never short on time. This is why Moses writes, “A thousand years in Your sight are like yesterday when it passes by” (Ps. 90:4). Peter writes, “With the Lord one day is like a thousand years, and a thousand years like one day” (2 Pet. 3:8). These issues would only be problems for God if he had limited time or resources, but he is short on neither.

Some have argued that the vast age of the universe shows the significance of human history. For instance, when a couple decides to get married, they spend considerable time, talent, and treasure to plan their wedding day. They spend all of these resources for just one short day! Why do they do this? At the very least, this shows that they view this event as incredibly precious and meaningful. In a similar way, by spending billions of years to bring about the salvation of humans through Jesus, this could show how much value God places on this period of human history.[13]

Finally, this argument cuts both ways. After all, if God is omnipotent, then why didn’t he create the universe instantly? Did he need 144 hours to create the universe? Surely not. No matter how we interpret Genesis, God chose to take his time.

It wasn’t our goal to demonstrate that YEC was true or false, but merely to set the table for this discussion. At the very least, we hope to have demonstrated that YEC is not the only way to interpret the early chapters of Genesis. Other biblical interpretations are just as defensible as well as faithful to the text of Scripture.

Andrew D. White, A History of the Warfare of Science with Theology in Christendom (Appleton, NY: Prometheus Books, 1932), 126.

[8] Emphasis mine. Tim Chaffey and Jason Lisle, Old-Earth Creationism on Trial: the Verdict is In (Green Forest: Master Books, 2008), 153.

[10] Augustine wavered on this subject throughout his entire life, changing his mind four or five different times.