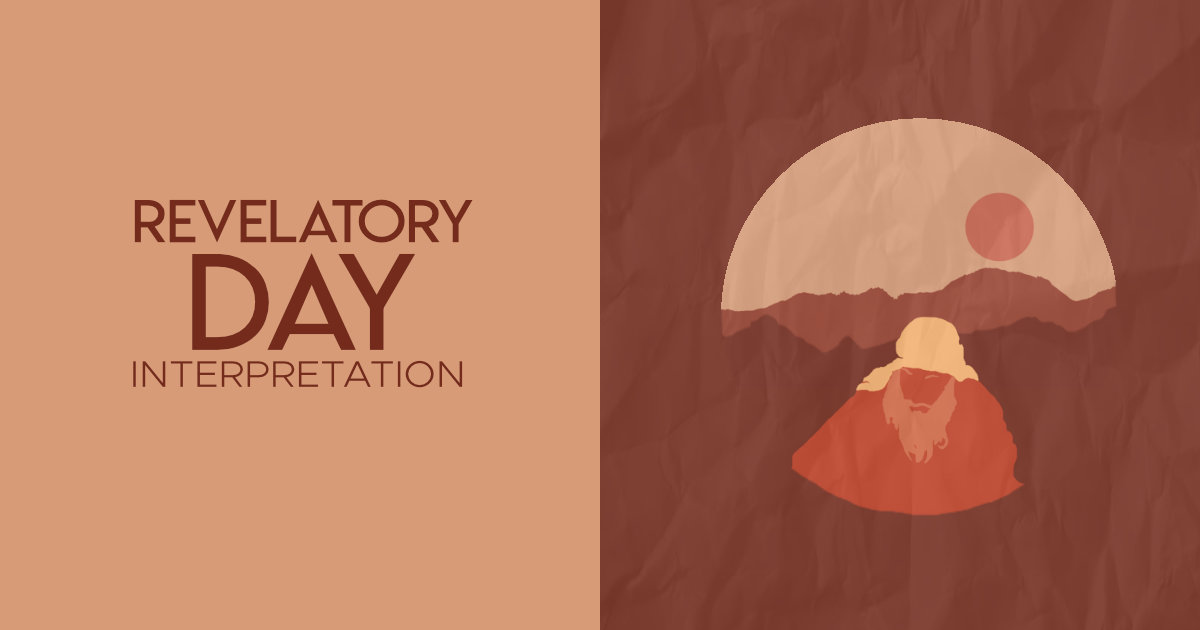 We might picture Moses up on Mount Sinai with God. On the first day of the week, God tells Moses, “Moses… I created light… Think about that!” Moses reflects on this statement for a full day, writes it down, and then, there was “evening and morning.” The next day, when Moses wakes up, God returns to him and says, “I was the one who created the sky and the waters…” Moses reflects on this, as well. Again, Moses writes down what he heard, another evening and morning pass, and God tells him the subsequent aspects of his creation of the universe. Therefore, under this view, God’s creation didn’t happen in six days, but God’s communication took a full week to reveal to Moses. Donald Wiseman writes,

The six days refer to the time taken to reveal to mankind what was prior to his own creation… That God rested (‘ceased’) on the seventh day was not because the creation process was done but for man’s sake and because the process of ‘revelation’ of what God had done was now completed/finished.[4]

Advocates of this view make a number of observations to support this view:

First, ancient Near Eastern creation accounts were often divided into six sections. Wiseman writes, “As was traditional in the earliest ancient Near Eastern accounts of creation the text was originally written in six separate divisions… The matter… could be but a summary of various statements God made verbally as he made his revelation.”[5] For instance, the Enuma Elish also has a “six-fold division of the creation account.”[6]

Second, the use of “day” refers to the explanation of the events—not the events themselves. Proponents of this view understand Genesis 2:4 (“This is the account of the heavens and the earth when they were created”) to be a summary of the histories which God revealed in Genesis 1:1-2:3. Wiseman writes, “‘In the day’ (2:4; 5:1) may indicate the time of the authorship of the account.”[7] He adds, “Jewish tradition is that the secrets of early creation were shown to Enoch over seven days. He is said to ‘have walked with God’ (Gen. 5:24).”[8]

Critique of the six-day revelatory interpretation

Critics of this view point out that there isn’t anything in the text that would advance this conclusion. In fact, the human author (Moses) isn’t even mentioned at all. If this was intended, then surely the author would have added some commentary such as, “Then on the second day, God revealed another aspect of creation…” When Moses received God’s moral instructions on Mount Sinai (Ex. 19-20), he describes the passage of time involved in this revelation. Surely, Moses would have mentioned these details if this was the intention.

[1] P.J. Wiseman was British soldier and diplomat. He espouses this view in his book Clues to Creation in Genesis (London: Marshall, Morgan & Scott), 1977.

[2] Donald Wiseman was the son of P.J. Wiseman, and a respected Assyriologist. He espouses this view in Donald Wiseman, “Creation Time—What does Genesis Say?” Science & Christian Belief, 3[1], 1991.