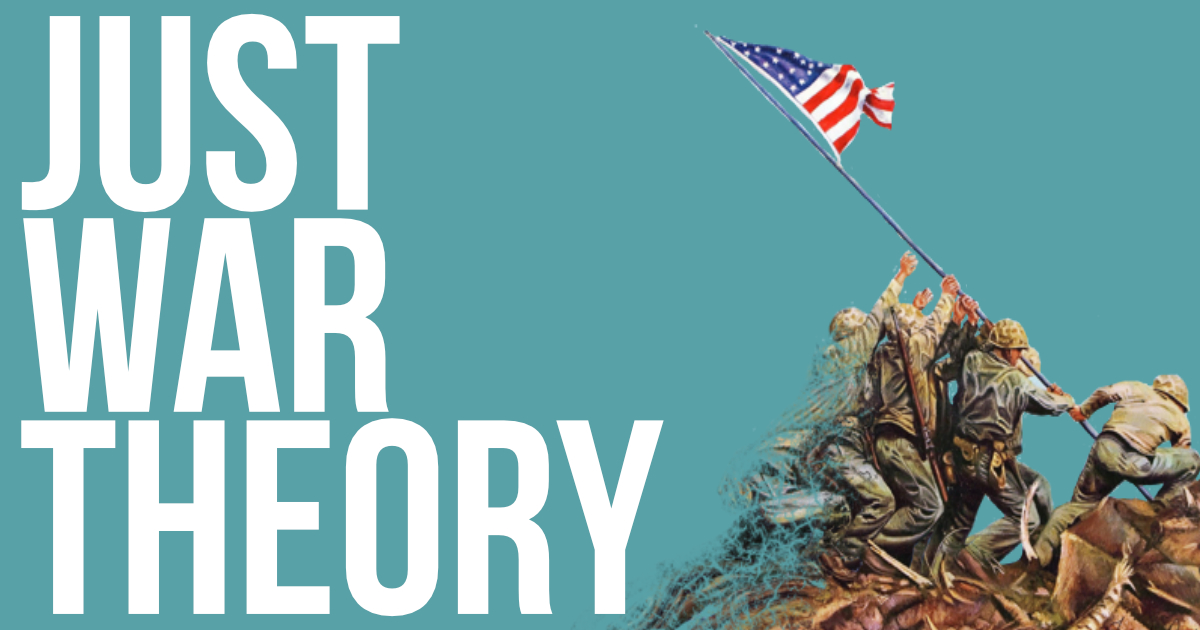 Is war ever justified for the Christian? This, too, is a complicated subject—not given to simple yes or no answers.

Peace is a supreme virtue

To be caught up in an unjust war is morally wrong, if we are placing our nation above fidelity to Christ. While war in the OT was justified in certain specific cases (Heb. 11:33-34), this isn’t a good analogy for believers today, because Israel was a nation-state. Today, this is not the case. Believers are “citizens of heaven” (Phil. 3:20), not a particular nation-state. We should also note that even in the OT God prohibited David from building the Temple because he was a man of war. He told David, “You have shed much blood and have waged great wars; you shall not build a house to My name, because you have shed so much blood on the earth before Me” (1 Chron. 22:8).

What is “just war” theory?

Christians who hold to a “just war” theory make careful ethical caveats to make their case. Feinberg and Feinberg write, “This theory does not try to justify war. Rather, it attempts to bring war within the limits of justice so that if everyone were guided by these principles, many wars would be eliminated. Its purpose is not to legitimize wars, but to limit them because sometimes evil cannot be avoided.”[1] There are multiple criteria for a “just war” that they articulate:

First, there must be a proper or legitimate authority who has responsibility for judging whether the other criteria are met.

Second, war must be the last resort. Negotiations and compromise must have been tried and failed.

Third, insofar as possible, a formal declaration of war is required. Since war is the prerogative of a government, not individuals, the declaration must come from the highest governmental authority.

Fourth, there must also be reasonable hope of success. If not, it is generally unreasonable to sacrifice lives in a vain hope. Some think an exception to this criterion is allowable when the evil confronted is so outrageous that an attempt must be made as a protest, even if there is little or no hope of success.

Fifth, there must be some proportionality between the objective hoped for and the price to achieve it. Sixth, there must be just cause. A war of aggression is condemned; only defensive wars are just.

Finally, the war must be fought with the right intention, i.e., to secure a just and lasting peace. Revenge, conquest, economic gain, or ideological superiority must all be renounced.[2]

They also give criteria for the “right conduct” in war:

First, there must be a limited objective in waging the war, namely, the restoration of peace. This means that the collapse of a nation’s economy and the destruction of its political institutions are unwarranted.

Second, the immediate object is not to kill or even injure people, but to incapacitate or restrain them. This means that if possible, enemy soldiers should be taken as prisoners of war rather than killed.

Third, direct attack on noncombatants is illegitimate. They should be granted immunity.

Fourth, one is obligated not to inflict unnecessary suffering. Hence, the smallest caliber bullet effective for the task must be used.

Fifth, indirect effects upon civilians must be justified by the principle of proportionality, i.e., the evil averted or the good attained justifies the action. Actions must be limited to those that repel the enemy. Total or unlimited war is immoral. Destruction of crops and systems of transportation and communication must be defended on the principle of proportionality.[3]

These principles serve as a basis for Christians considering going to war.

Factors to consider before enlisting in a just war

Soldiers sign over their right to hold free decisions to a large degree when enlisting in war. Soldiers in warfare do not get to challenge their commander. It is impossible to fight a war if every soldier is evaluating their commander’s decisions—moment by moment. In certain cases, this might be justified, but should not be taken lightly.

Misinformation and political rhetoric are high during war time. A divided nation does much harm to a war effort. Thus wars are usually accompanied by much rhetoric and even misinformation to rally support. Before entering into a war, a Christian should carefully question the evidence being offered.

In the case of an unjust war, conscientious objection is preferable. Feinberg and Feinberg write, “We would always uphold the right of conscientious objection for those who could not in good conscience participate in any war.”[4] Those who choose this path are often called “cowards,” but this sort of name-calling should not affect a believer’s decision on moral issues. Would we rather be insulted by several people or find ourselves in a position where we took an innocent life?

Rochford, “Trusting God with Big Decisions” and “Faulty Methods for Learning God’s Will”