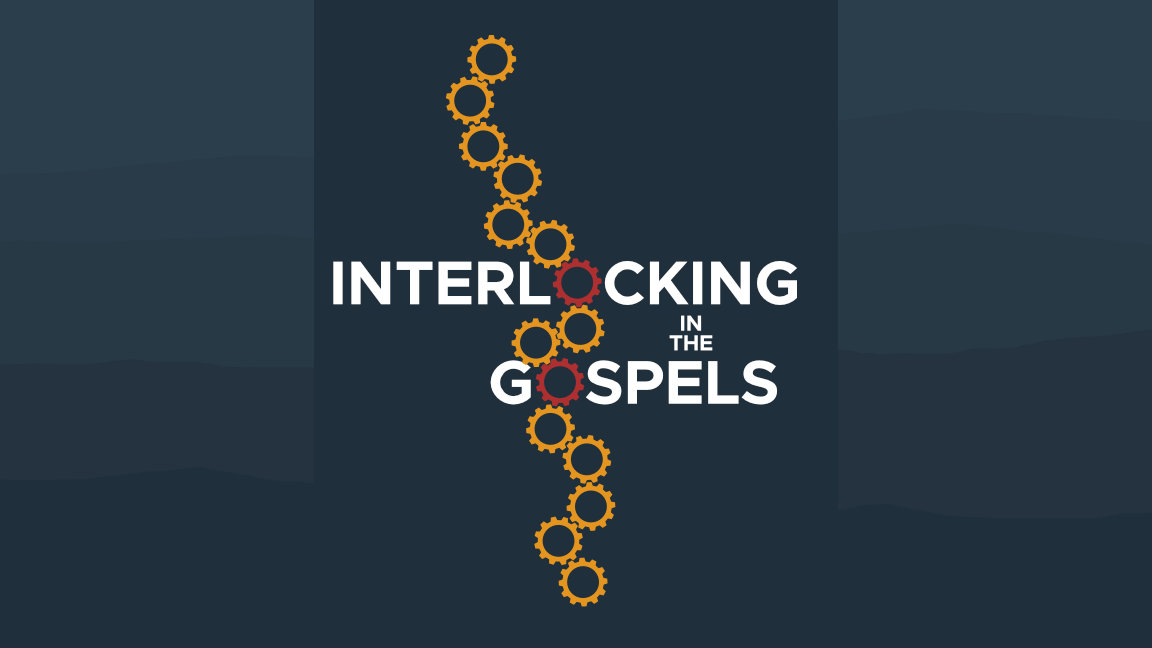 The most recent work on this subject comes from Lydia McGrew, Hidden in Plain View: Undesigned Coincidences in the Gospels and Acts (2017). I must say that almost all insights from this essay came from Dr. McGrew’s excellent book. Dr. McGrew herself appeals to older works from which she draws many of her rich insights, and are surely worth reading.[1]

“Interlocking”[2] occurs when two independent sources resolve one another’s historical difficulties without meaning to—what some scholars have called “undesigned coincidences.” When two sources confirm one another (without intending to), this supports their veracity, showing that they were both reliably recounting concrete events from different angles.

The birth of Jesus

The baptism of Jesus

The calling of Peter

Why does Peter “immediately” drop his fishing net when he sees Jesus in Matthew 4:18-20? This account makes more sense when we realize that this wasn’t Jesus’ first encounter with Peter: the two had already met in John 1:40-42.

The calling of John and James

Why are John and James “mending their nets” in Matthew 4:21? This is a throw away comment that seems unimportant. But when we compare it with Luke’s account, we discover that Peter had called his business partners to come help with the large catch of fish. Luke records, “They [Peter and Andrew] signaled to their partners in the other boat for them to come and help them. And they came and filled both of the boats, so that they began to sink” (Lk. 5:7). In other words, James and John’s boat was also overwhelmed with fish, and their nets were presumably ripping as well. This would make perfect sense as to why they were “mending their nets.” However, Matthew only mentions the mending of the nets, while Luke only mentions the large catch. When we put both accounts together, we see an interlocked account.

The doubting of John the Baptist

Why is John the Baptist doubting? Luke simply tells us that John the Baptist was doubting in prison (Lk. 7:18), but there is no explanation as to why. Earlier, John had a great faith in Jesus, and this is an unexpected plot turn.

Matthew gives us the detail that John was “imprisoned” by Herod at this time (Mt. 11:2). This probably explains why John is doubting: If Jesus is the Messianic King, then why is John rotting in jail?

Why does Mark mention the “green grass”? Wouldn’t mentioning the green grass be redundant (see Mk. 6:39)? John explains this indirectly by noting that this event (the feeding of the 5,000) occurred just before the Passover (Jn. 6:4). Interestingly, the grass near this region around the Sea of Galilee is not typically green throughout the year—only in spring—only during the time of the Passover. Thus John explains Mark’s comment about green grass.

Why does Jesus ask Philip where to buy bread? In the account of the feeding of the 5,000, Jesus asks Philip, “Where are we to buy bread, so that these may eat?” (Jn. 6:5). Why does Jesus ask a relatively obscure apostle like Philip, rather than Peter, James, or John? Philip only appears in three places in John’s gospel (Jn. 1:43ff; Jn. 12:21ff; Jn. 14:8ff), so why is he singled out here?

The feeding of the 5,000 occurred near Bethsaida (Lk. 9:10), but John never mentions this. However, John does mention that Philip was from Bethsaida (Jn. 1:43-44; 12:21). McGrew comments, “One can… picture Jesus asking the question in a slightly teasing manner. The fact that Philip was from that vicinity makes the question (and the joke) more pointed. If Philip is from the nearby town, Jesus is in essence saying, ‘Philip, you’re from around here. Where can we get bread for all these people?’”[3]

Why does Matthew tell us that they waited until “evening” to bring people to Jesus to be healed? (Mt. 8:14-16) Jesus was an itinerant teacher and healer, so he could be gone by evening.

The sending of the Twelve “two by two”

Why does Matthew group the Twelve in pairs of two? Matthew records the twelve disciples with pairings for each: Peter and Andrew, James and John, Philip and Bartholomew, Thomas and Matthew, James and Thomas, Simon the Zealot and Judas Iscariot (Mt. 10:2-4). However, Mark just lists the Twelve without any pairings between them (Mk. 3:16-19). Is there any significance to these pairings?

Mark explains that Jesus sent the twelve disciples out “two by two” (Mk. 6:7). Matthew doesn’t mention the “two by two” sending, but Mark does. Thus both gospels mention pairings, but in different ways, complementary to one another.

How could the gospels know what Herod was thinking about Jesus being a resuscitated John the Baptist? Matthew records that Herod spoke about this “to his servants” (Mt. 14:2).

Luke explains that one of Jesus’ disciples was “Joanna… the manager of Herod’s household” (Lk. 8:3 NIV). Thus Luke explains how we could know what was happening behind Herod’s closed doors.

Why does Jesus wash the disciples’ feet at the Last Supper? John records this event (Jn. 13), but John contains no explanation for why Jesus did this.

The Garden of Gethsemane

Why does Jesus mention the “cup” but not explain it? In John, Jesus asks Peter, “The cup which the Father has given Me, shall I not drink it?” (Jn. 18:11). However, this language of the “cup” doesn’t appear anywhere else in John, and it stands alone without any explanation.

Why does Pilate ask if Jesus is the ‘king of the Jews’ if this accusation never appears by the Pharisees? John’s account of the trial of Jesus under Pontius Pilate mentions nothing of the religious leaders’ charges that Jesus was the king of the Jews. We only find a blunt question from Pilate out of the blue in John 18: “Are you the king of the Jews?” (v.33) Where did Pilate come up with this question? John doesn’t explain this to us.

It’s only as we read Luke’s account that we discover that the Jewish leaders were raising this charge to Pilate earlier in the trial (Lk. 23:1-3).

How could Jesus say that his followers wouldn’t fight to make him king, when Peter chopped off the ear of Malchus that very night? Jesus claims that his followers would not fight to make him King Messiah (Jn. 18:36). However, this contradicts the earlier record in John that Peter did fight by chopping off Malchus’ ear (Jn. 18:10). If we only read John, this is a glaring difficulty.

When we read Luke, we find a resolution: Jesus healed the man’s ear after it was chopped off (Lk. 22:47-53). Therefore, Malchus couldn’t be produced as a witness to Pilate, because Jesus had healed him.

Does Pilate have him beaten, tortured, and crucified on the spot? No, Pilate immediately tells the chief priests, “I find no guilt in this man” (Lk. 23:5). How odd! Why would Pilate respond in this way?

John explains this difficulty (Jn. 18:33-38). In John’s account, he explains that Jesus told Pilate, “My kingdom is not of this world. If My kingdom were of this world, then My servants would be fighting so that I would not be handed over to the Jews; but as it is, My kingdom is not of this realm” (Jn. 18:36). Once Pilate discovers that Jesus is no political or military threat, it would make sense for him to absolve Jesus of guilt.

Why do false witnesses claim that Jesus would ‘destroy the Temple’? The witnesses brought against Jesus claimed that he would “destroy this Temple… and in three days [he] will build another” (Mk. 14:58; cf. Mt. 26:60-61; Acts 6:14). Where did these witnesses hear Jesus make this claim? The Synoptics never mention Jesus making this claim.

Only John records this statement from Jesus. In John, Jesus claimed, “Destroy this temple, and in three days I will raise it up” (Jn. 2:19). Of course, Jesus was referring to his bodily resurrection—not the destruction of the literal Temple (Jn. 2:21).

Interestingly, the Synoptics contain the accusation of the witnesses, but omit the verbal statement from Jesus. On the other hand, John contains the verbal statement from Jesus, but omits the accusation. It doesn’t seem that these sources are trying to collude with one another, but are simply writing independent histories that interlock together like a pieces of a jigsaw puzzle.

Furthermore, since this event in John was years prior, it would make sense as to why the witnesses distort Jesus’ statement, and couldn’t give “consistent testimony” (Mk. 14:59).

Why would the religious leaders ask Jesus to “prophesy” who hit him? Matthew records, “Then they spat in His face and beat Him with their fists; and others slapped Him, and said, “Prophesy to us, You Christ; who is the one who hit You?’” (Mt. 26:67-68).

How did Peter gain access to the high priest’s courtyard? It seems odd that Peter—a Galilean fisherman—could cavalierly walk right into this restricted area (Mk. 14:54, 66). Yet John explains that one of Jesus’ disciples knew the high priest, and let him in (Jn. 18:15-16).

We solve this problem by realizing that Jesus didn’t trust his brothers, because they weren’t believers in him (Jn. 7:5; Mk. 3:20-21; 6:4). This is not necessarily an undesigned coincidence between gospels, because John records the unbelief of Jesus’ brothers. However, it’s interesting to note.

Why does Jesus repeatedly ask Peter, “Do you love me more than these?” This question in John 21:15-17 sounds odd: Why would Jesus keep asking if Peter loves him more than the other disciples?

Can’t we explain these “coincidences” by claiming that the NT authors colluded and weren’t really independent sources?

Critics repeatedly claim that the four gospels were too oblivious or idiotic to notice the alleged contradictions between themselves. However, when we point to examples of interlocking, they claim that the authors were sly and subtle enough to write these features into their works. So which is it? The critic cannot have it both ways.

Most of these undesigned coincidences are found between the Synoptics and John, which have long be pitted against one another. Lydia McGrew observes, “It is entirely possible that the author of John had read the earlier Gospels. He may have had access to them while writing his own work. But this fact does very little to help a skeptic to account for the undesigned coincidences I have noted here. Think what a subtle and almost pointless form of deception it would be for the author of a non-factual book of John to leave out information in his own account, to raise questions by his own somewhat incomplete stories, in order that his stories might appear truthful because a really alert reader might find the explanations in earlier Gospels. That would be an extremely strange form of fakery. Many readers will not notice such coincidences at all.”[4]

These are omni-directional. They all explain one another.

John James Blunt, Undesigned Coincidences in the Writings Both of the Old and New Testament (1847).