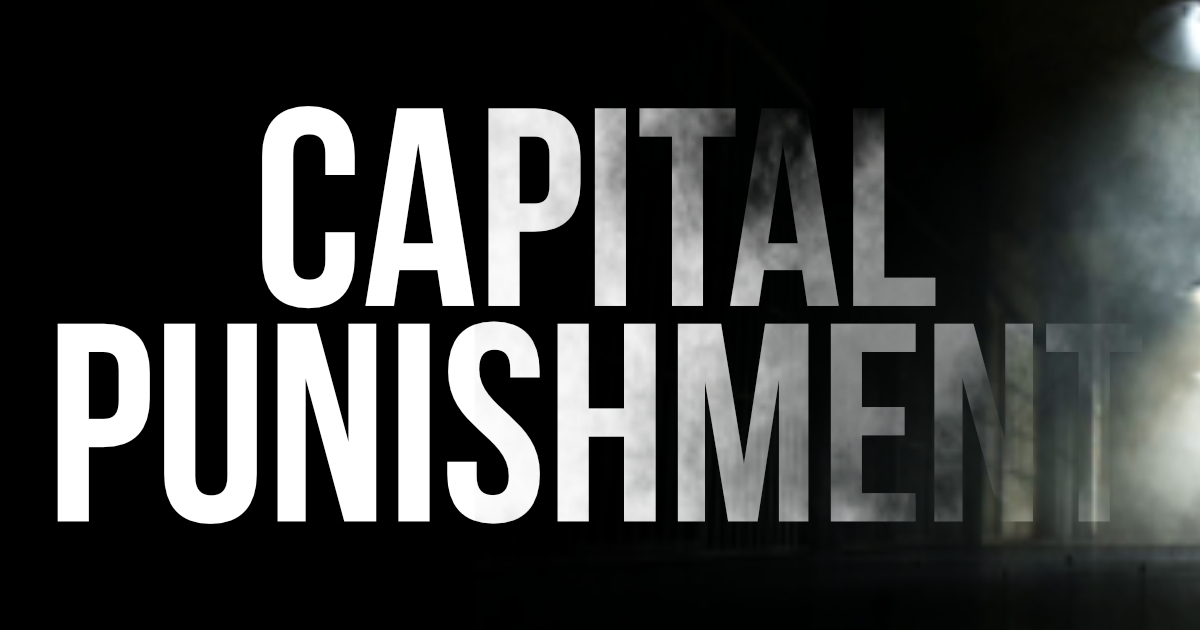 While abortion and euthanasia take the life of an innocent person, what about taking the life of a violent criminal? Is this morally permissible or even obligatory?

The Bible commands believers not to take revenge (Rom. 12:17-21; 1 Pet. 3:9). However, revenge and retribution can be similar, but they are not the same. We can deliver justice without a spirit of revenge. We can seek it for the sake of the abused or marginalized, rather than for the delight of killing a murderer.

Philosopher J.P. Moreland gives an illustration of Jack and Jill that shows the difference in moral actions—even if the action is identical.[1] Jack goes to spend an afternoon with his grandmother to cheer her up because he loves his grandma, but Jill spends an afternoon with her grandmother to cheer her up because she wants to be in her grandma’s will. The actions of the two grandchildren are identical, but their intentions play a factor in one being altruistic and one being selfish—one being moral and one being immoral.

Jesus told us to “turn the other [cheek]” (Mt. 5:39). How can this be harmonized with capital punishment?

Jesus’ statement refers to interpersonal relationships. He is not dictating moral law for governments. If this applies to the realm of criminal justice, then it would logically follow that even the government wouldn’t be allowed to enforce laws of any kind. Moreover, this passage does not refer to murder; otherwise, the offender party wouldn’t be physically able to turn their cheek! This refers to being offended by someone. Jesus’ command is to accept the offense without lashing back at the person.

Does capital punishment have a low view of human life?

Capital punishment actually has a high view of human life. It holds that the life of the victim is so important that a serious consequence is in order. Feinberg and Feinberg write, “If life is so unimportant that one can snuff it out with only minimal punishment, life is trivialized. However, if the criminal’s life is taken when he kills someone, the seriousness of the crime and the import of life are underscored.”[2]

Does capital punishment discriminate against minorities?

Statistics would also show that minorities are more likely to be imprisoned, pulled over, and pestered by police. However, this shouldn’t stop us from imprisoning violent criminals! Instead, it should cause us to work on the racism in our judicial system and police force, which is a legitimate moral evil.

Does Genesis 9:6 support capital punishment or not?

Genesis states, “Whoever sheds man’s blood, by man his blood shall be shed” (Gen. 9:6). This seems to be saying that the cost of murder is capital punishment. However, surrounding this passage, we read that we should not eat the blood of an animal, which is ceremonial (v.4). Is this statement in Genesis 9:6 a universal principle, or is it isolated to the time and place of Noah?

This statement from Genesis 9:6 is a universal moral statement. This can be indicated by the fact that the rest of the verse states “for in the image of God He made man.” Since we are still made in the image of God today (Jas. 3:9; Gen. 1:27), the judgment for murder is still binding.

Moreover, in Romans 13:4, Paul states that the state “does not bear the sword for nothing; for it is a minister of God, an avenger who brings wrath on the one who practices evil.” This passage shows that the state should execute justice in such cases. While it would be wrong for a believer to chase someone down and kill them, the state is a different realm of authority.

Some argue that the language of Genesis 9:6 is not prescriptive—but predictive. It anticipates a time when people will carry out capital punishment, but it doesn’t necessarily approve of such a practice (cf. Gen. 3:16). While the Hebrew could be rendered either way,[3] this passage seems to be prescriptive based on verse 5, where God says, “I will require your lifeblood; from every beast I will require it. And from every man, from every man’s brother I will require the life of man.” This doesn’t seem to be a prediction. Instead, God is the active subject in this verse. Moreover, this also fits with the rest of OT civil law that states how murderers are to be put to death (Num. 35:16).

What about Cain, Moses, and David? They were all spared from capital punishment after committing murder.

This is true, but this is God’s prerogative—not ours. In other cases, God did not extend such mercy. In fact, Cain even expected that capital punishment was in order for his crime (Gen. 4:14).

However, Feinberg and Feinberg make two arguments: (1) deterrence is difficult to measure, and (2) retributive judgment is more important than deterrence. They write, “Even if a society with the death penalty has twice the murder rate of one without it, that does not disprove capital punishment as a deterrent. Without the death penalty, the country might have a murder rate four times that of the other country.”[5] Regarding retributive justice, they write, “The deterrence issue is especially critical for those who think the purpose of a penal system is deterrence. For those such as us who see justice as the purpose of a penal system, retribution, not deterrence, is ultimately the crucial issue in punishment.”[6] It seems that the certainty of being caught and convicted are the real keys to deterrence.

[3] Feinberg and Feinberg write, “The Hebrew is not determinative, for it could be understood either way.” Feinberg, John. Feinberg, Paul. Ethics for a Brave New World. Wheaton, IL: Crossway Books. 1993. 144.