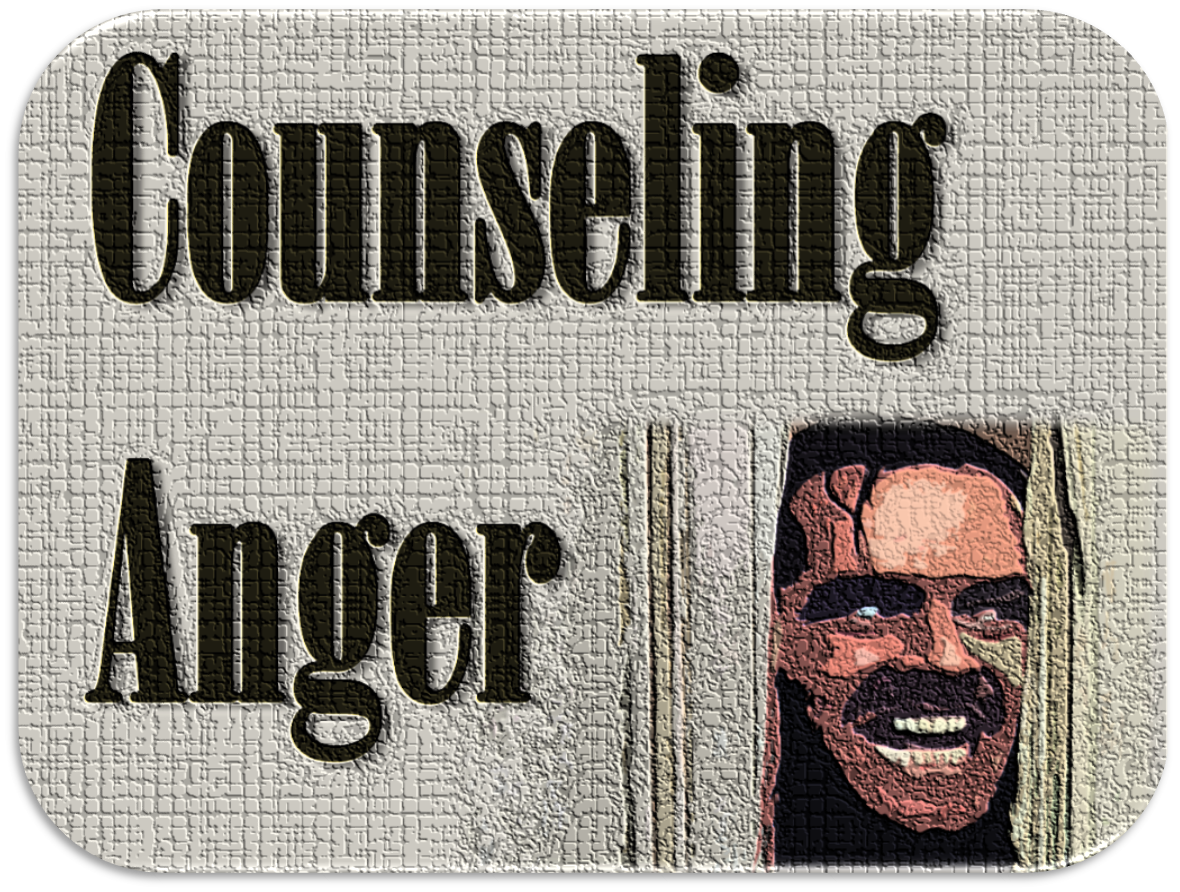 Anger devastates relationships and disqualifies Christian leaders in a unique way. While other sin issues slowly erode relationships, anger shatters them quickly. A number of principles can help to us keep our anger under control:

God experiences and expresses anger. When the religious authorities were trying to trap Jesus into healing a man on the Sabbath, he looked “around at them with anger” (Mk. 3:5). Later, when the disciples tried to keep children from Jesus, he was “angry” (Mk. 10:14 NLT). Finally, in a famous display of anger, Jesus cleansed the Temple with a “scourge of cords” (Jn. 2:15).

Not all anger is sinful. The Bible never prohibits anger; instead, it tells us to keep our anger under control. Paul writes, “Be angry, and yet do not sin” (Eph. 4:26). Here we see that anger is not necessarily sinful. In fact, anger is commanded. James writes that we should be “slow to anger,” but it does not prohibit anger altogether (Jas. 1:19). Paul writes that the fruit of the spirit is “self-control” (Gal. 5:23).

Some anger is very sinful. James writes, “The anger of man does not achieve the righteousness of God” (Jas. 1:20). Solomon writes,

“Do not be eager in your heart to be angry, for anger resides in the bosom of fools” (Eccl. 7:9).

“He who is slow to anger has great understanding, but he who is quick-tempered exalts folly” (Prov. 14:29).

“He who is slow to anger is better than the mighty, and he who rules his spirit, than he who captures a city” (Prov. 16:32).

“An angry man stirs up strife, and a hot-tempered man abounds in transgression” (Prov. 29:22).

Even having unexpressed anger in our heart is punishable by God (Mt. 5:22), and one of the deeds of the flesh is “outbursts of anger” (Gal. 5:20; cf. Col. 3:8). By learning to see how our anger affects others, we gain a greater sensitivity to further outbursts.

The ‘steamboiler theory’ held by some psychotherapists concerning the emotions asserts that emotions are like steam in a pressure tank and must be released vigorously or they will cause a terrible explosion. This assertion is not substantiated by the experimental evidence. Our emotions are not a kind of gas or fluid which must be expelled in order to prevent our popping all over the place in a million pieces.[1]

If it were essential for our mental health to express all anger by shouting, screaming or punching something, then the Word of God would be mistaken in urging us to develop self-control. This does not mean we swallow anger and pretend everything is fine when it isn’t. Sometimes it is healthier, wiser and more loving to say words like, ‘I am feeling anger right now. I’d like to talk about it because I feel it concerns us both.’[2]

One of the greatest and most destructive myths about anger is the view that we need to “get it out of our systems,” “let off steam,” swear, holler, scream, pound a pillow, or find some other way to vent hostility—all in an effort to decrease feelings of anger. This idea is never suggested in Scripture, and, as we have seen, it is not supported by psychological research. In contrast, there is plenty of evidence that ventilation, expressions of rage, tantrums, and continual talking about our anger all tend to increase anger instead of reducing it.[3]

Learn to see the effects of your anger. One of the keys to controlling our anger is to count the cost of it. What do we have to lose if we persist in anger? How will this affect our relationships? Our job? Our service for Christ?

Learn to forgive. The person filled with anger is really saying, “I myself do not treat others perfectly… but I expect others to treat me perfectly.” Solomon writes, “Hatred stirs up strife, but love covers all transgressions” (Prov. 10:12). Backus writes, “Angry people often enjoy ruminating on their difficulties, thinking vengeful thoughts and pondering ways to get even. Ultimately, this tendency harms the angry person. It is a tendency that must be resisted and replaced with an attitude of entrusting oneself and one’s circumstances to God.”[4]

For this reason, we need to avoid “stewing” in anger. Backus writes, “Other people cannot force you to remain in a stew over their behavior. This is something you do yourself. To take it one step further, you make yourself angry by what you tell yourself.”[5]

Learn to overlook offenses. Many people with anger are actually hyper-sensitive to how they are treated. We need to develop a thick skin if we are going to serve Christ. Paul writes that love “does not take into account a wrong suffered” (1 Cor. 13:5). Backus writes, “At times there will be no need to talk about your angry feelings to the person you’re angry with because you will have taken care of it by talking it over with the Lord alone. With your cooperation, He often can remove anger from you in the privacy of your prayer closet.”[6] Really, we should only confront our brother if we feel that it would be in his benefit.

Hiding anger doesn’t help. Solomon writes, “He who conceals hatred has lying lips, and he who spreads slander is a fool” (Prov. 10:18). Later he writes, “He who hates disguises it with his lips, but he lays up deceit in his heart. 25 When he speaks graciously, do not believe him, for there are seven abominations in his heart. 26 Though his hatred covers itself with guile, his wickedness will be revealed before the assembly” (Prov. 26:24-26). Learn to discern hidden anger. Symptoms of hidden anger are depression, physical symptoms, criticism, a tendency to gossip, not cooperate, or impatience.

Discover where you learned angry behavior. All of us learned how to express anger from those around us. We often learned anger responses from our parents, and we might be getting angry about the same subjects.

Learn to constructively confront. Paul tells us, “Do not let the sun go down on your anger” (Eph. 4:26). We often do not constructively confront others, because this is more difficult than simply having an outburst of anger. Constructive confrontation also places us in a position of weakness, because we need to admit that we were hurt. Collins writes, “Because hurt and anger so often occur together, the first leading to the second, it is easy to focus on the anger and fail to see the threat or hurt that came first.”[7] He adds, “Why do so many people persist in being aggressive, hostile, or bitter and harboring grudges? It appears that anger makes some people feel powerful, superior, and right. Trying to handle the anger maturely or ‘turning the other cheek’ seems to imply that they are weak, inclined to back down, or easily ‘pushed around.’”[8]

Don’t retreat from those expressing anger. Backus writes, “Be careful not to reward the angry outbursts of others. Ignore them when they yell at you, but be very attentive when they speak reasonably. Don’t be intimidated. Speak up and say, ‘Please talk to me reasonably.’”[9]

Channel anger into something positive. What are positive and healthy ways for the counselee to express their anger? Do they need to learn forgiveness? Healthy confrontation? Hit the gym? Counselor Don Lichi once quipped, “A lot of leaves were raked in my yard because of my anger issue.”

Keep your counseling specific to instances or outbursts of anger. After you address specific outbursts, ask questions to assess the keys to causing anger. Collins suggests several helpful questions to spur conversation:[10]

What is making me feel angry?

Have I been hurt—disregarded, blamed, devalued, rejected, made to feel inadequate or stupid?

Is there something about this situation that threatens me and makes me feel afraid or inferior?

Am I jumping to conclusions about the situation or person who is making me feel angry?

Has my anger come because I’ve had some unrealistic expectations?

How might others, including the person who is angering me, view this situation?

Is there another way to look at the situation?

What could I do to change the situation in order to reduce my anger?

Carter, Les. The Anger Trap: Free Yourself from the Frustrations That Sabotage Your Life. San Francisco, CA: Jossey-Bass, 2003.