You can watch this lecture given by James in 2016 below:

How Widespread is Pornography? 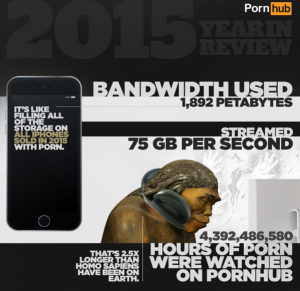 The Barna Group—in cooperation with Proven Men Ministries—produced these statistics in a nationwide survey (2014): 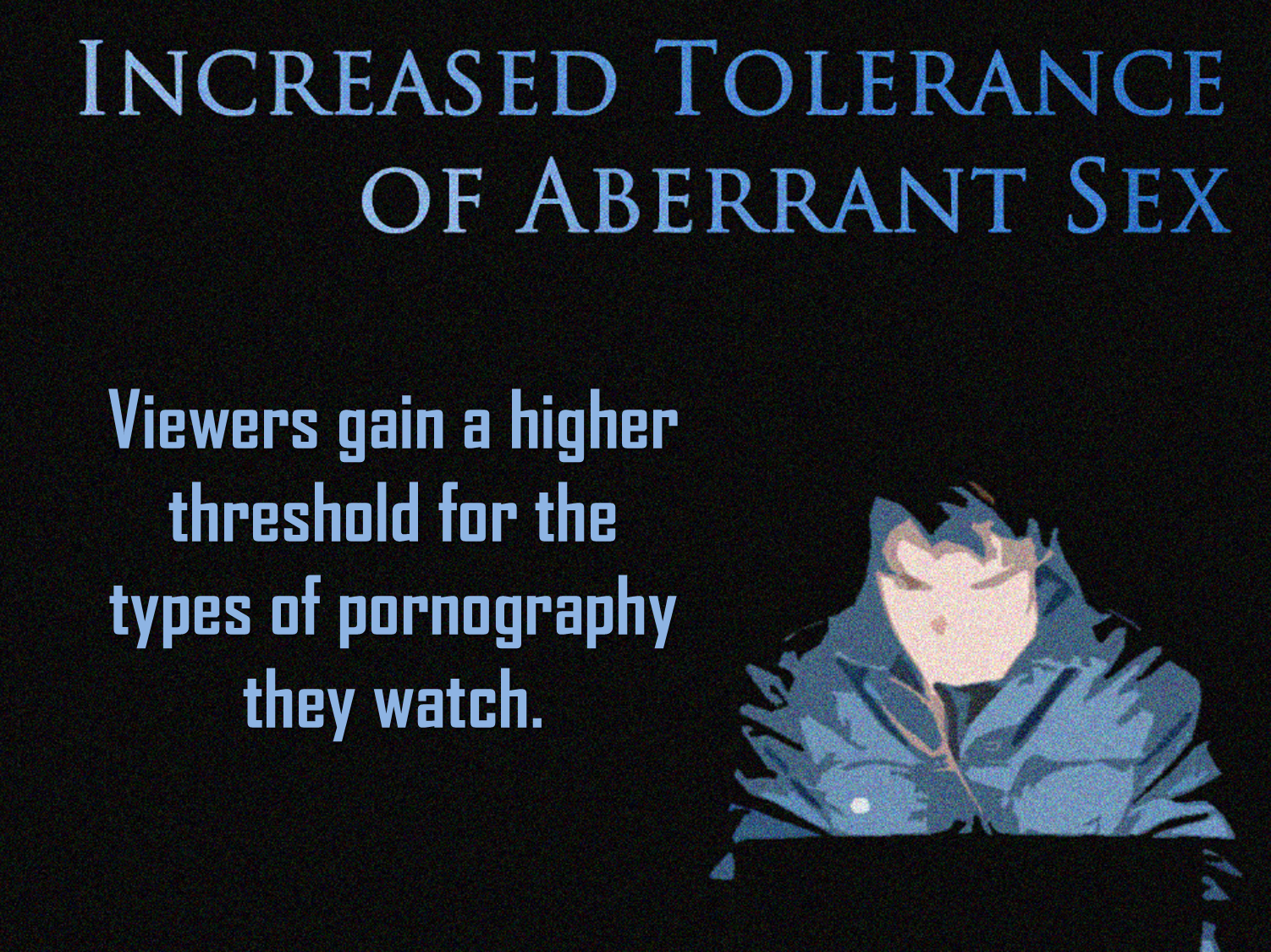 These Zillmann-Bryant studies were so persuasive to the academic world that it has been ethically hard for universities to repeat these experiments, because of their obvious adverse effects.[18] 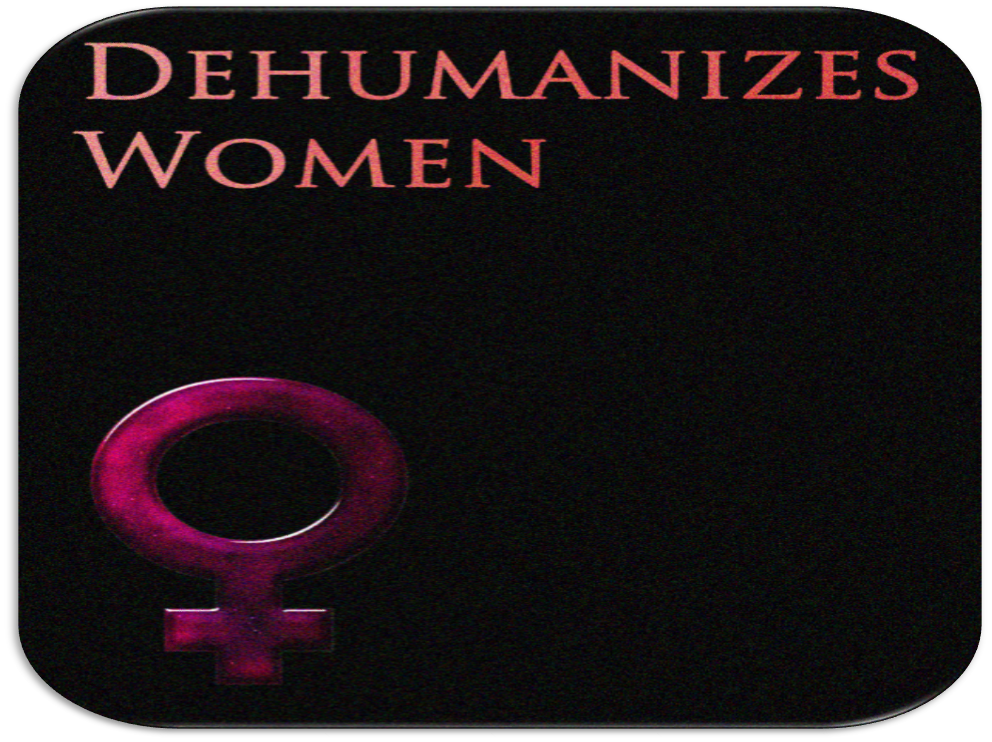 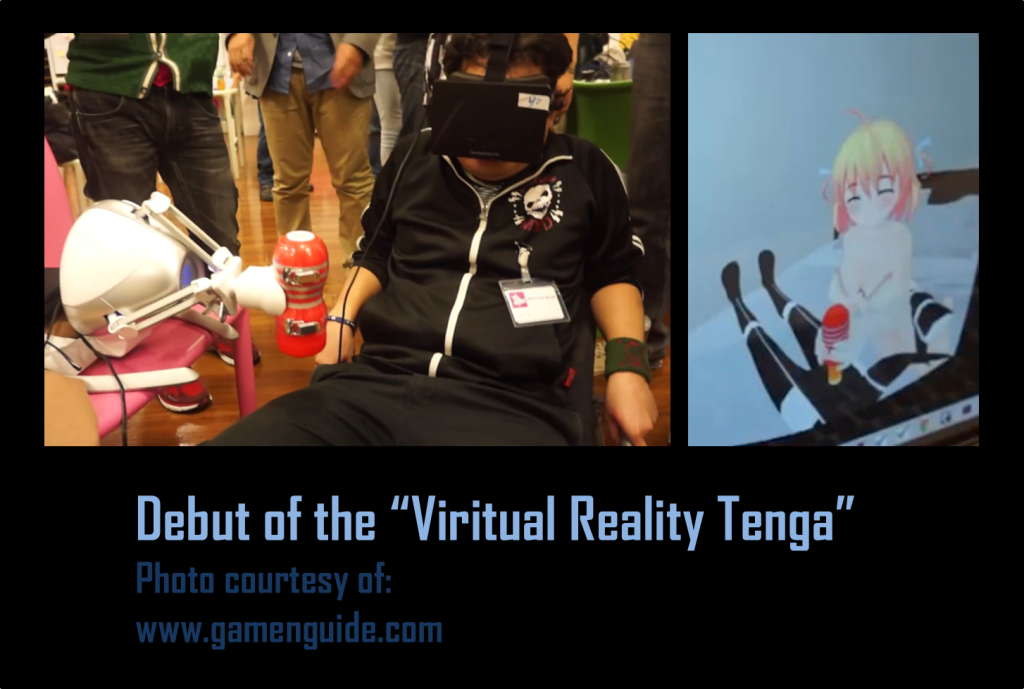 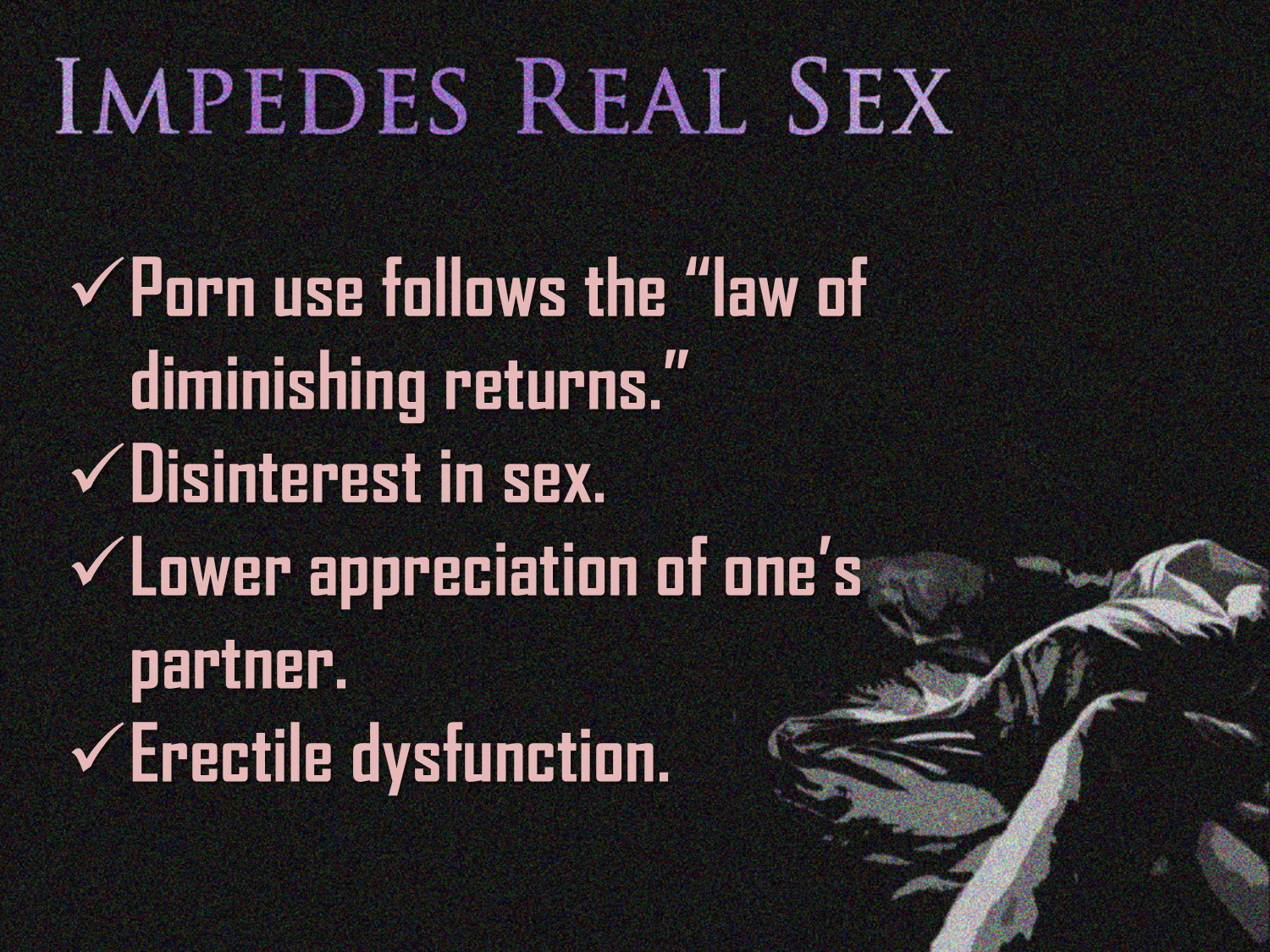 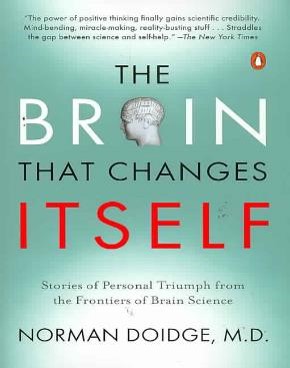 Japanese culture reflects these findings as well. Alex Martin—reporting for the Japan Times—writes, 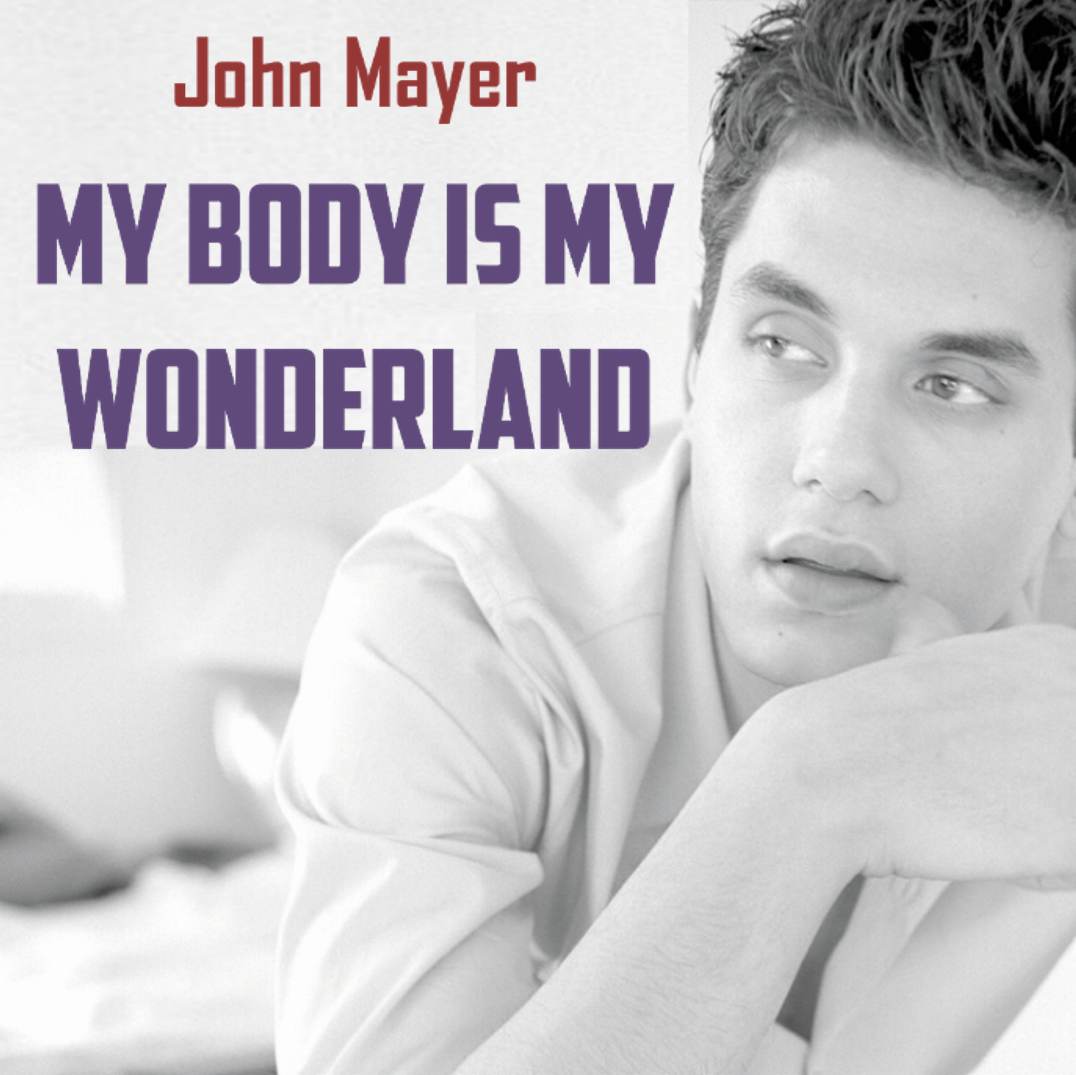 MAYER: I’m a self-soother. The Internet, DVR, Netflix, Twitter—all these things are moments in time throughout your day when you’re able to soothe yourself. We have an autonomy of comfort and pleasure. By the way, pornography? It’s a new synaptic pathway. You wake up in the morning, open a thumbnail page, and it leads to a Pandora’s box of visuals. There have probably been days when I saw 300 vaginas before I got out of bed.

MAYER: Internet pornography has absolutely changed my generation’s expectations. How could you be constantly synthesizing an orgasm based on dozens of shots? You’re looking for the one photo out of 100 you swear is going to be the one you finish to, and you still don’t finish. Twenty seconds ago you thought that photo was the hottest thing you ever saw, but you throw it back and continue your shot hunt and continue to make yourself late for work. How does that not affect the psychology of having a relationship with somebody? It’s got to.

PLAYBOY: How did you become a self-soother?

MAYER: I grew up in my own head. As soon as I lose that control, once I have to deal with someone else’s desires, I cut and run. I’m pretty culpable about being hard to live with. I have had a good run of imagining things into reality. I’ve got a huge streak of successes based on my own inventions. If you tell me I’m wrong or that I’m overthinking something, well, overthinking has given me everything in my career. I have a hard time not looking at anxiety disorder as being like an ATM. I can invent things really well. I mean, I have unbelievable orgasms alone. They’re always the best. They always end the way I want them to end. And I have such an ability to make believe, I can almost project something onto my wall, watch it and get off to it: sexually, musically, it doesn’t matter. When I meet somebody, I’m in a situation in which I can’t run it because another person is involved. That means letting someone else talk, not waiting for them to remind you of something interesting you had in mind.

PLAYBOY: You’d rather jerk off to an ex-girlfriend than meet someone new?

MAYER: Yeah. What that explains is that I’m more comfortable in my imagination than I am in actual human discovery. The best days of my life are when I’ve dreamed about a sexual encounter with someone I’ve already been with. When that happens, I cannot lay off myself.

From this interview, we see that living in a fantasy world when it comes to sex leads to dissatisfaction with actual sex: the sex is never as good as it used to be. By contrast, marriage continues to provide the best venue for sexual expression and happiness. Waite and Gallagher write,

Married people have both more and better sex than singles do. They not only have sex more often, but they enjoy it more, both physically and emotionally, than do their unmarried counterparts… 43 percent of the married men reported that they had sex at least twice a week. Only 26 percent of single men (not cohabitating) said that they had sex this often… 39 percent of married women had sex two or three times a week or more, compared to 20 percent of single women.[28]

Psychologist Martin Seligman writes, “Unlike money, which at most has a small effect, marriage is robustly related to happiness.”[29] He notes that the National Opinion Research Center interviewed 35,000 people over 30 years, finding that 40 percent of married people considered themselves “very happy.” Only 25 percent of single people could say the same thing. 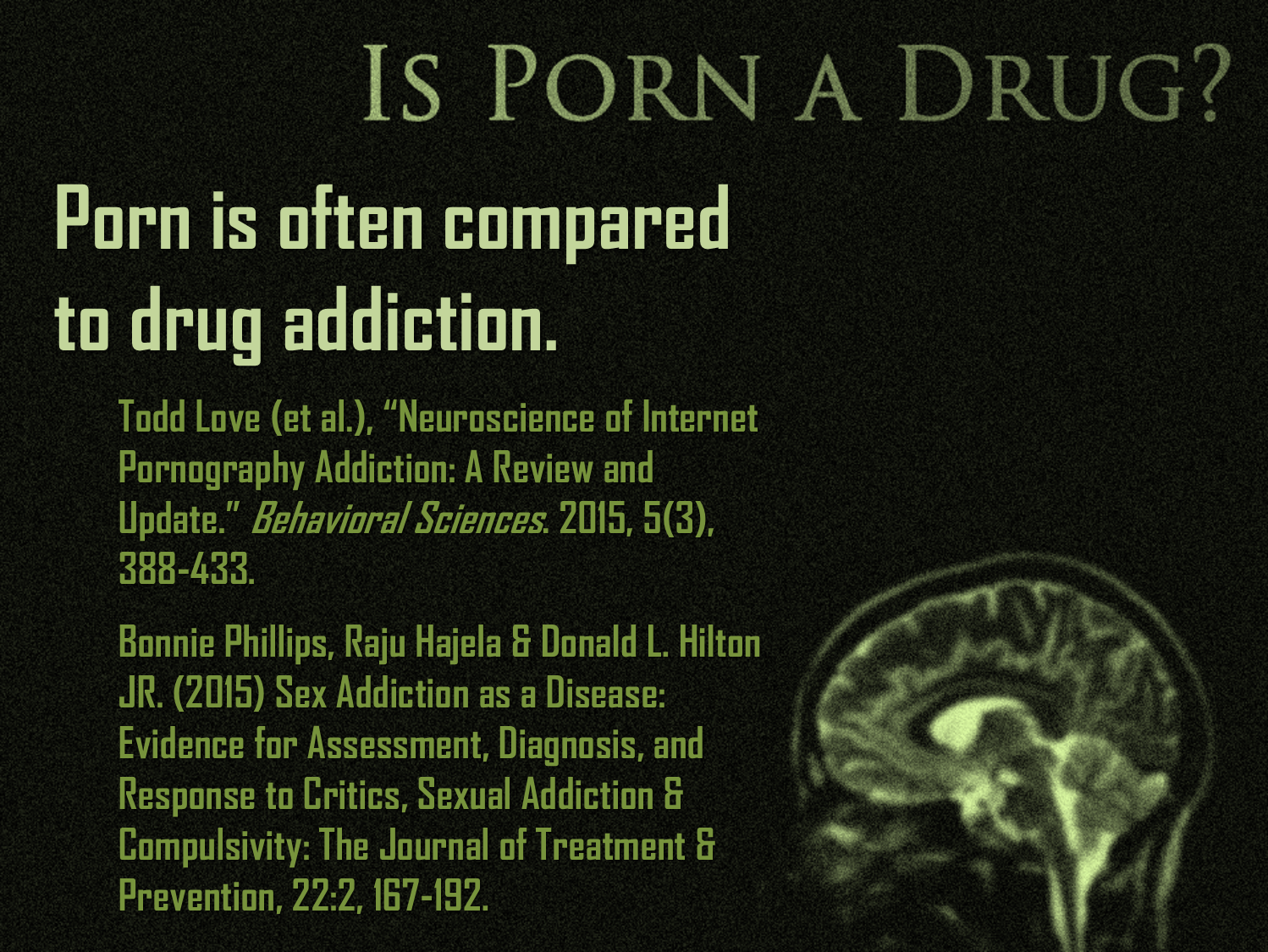 We found a significant negative association between reported pornography hours per week and gray matter volume in the right caudate.

Our findings indicated that [grey matter] volume of the right caudate of the striatum is smaller with higher pornography use.

Prefrontal cortex. This regulates inhibition, attention, and future planning. It is associated with our “will power” and ability to control our natural impulses. The dysfunction of the prefrontal cortex has been connected with “inappropriate behavioral choices, such as drug seeking, regardless of the potential negative outcome.”

Striatum. This is called the “reward center” of the brain. The reduced grey matter in this region translates to decreased pleasure and an unresponsive reward process. The person becomes desensitized to normal rewards. 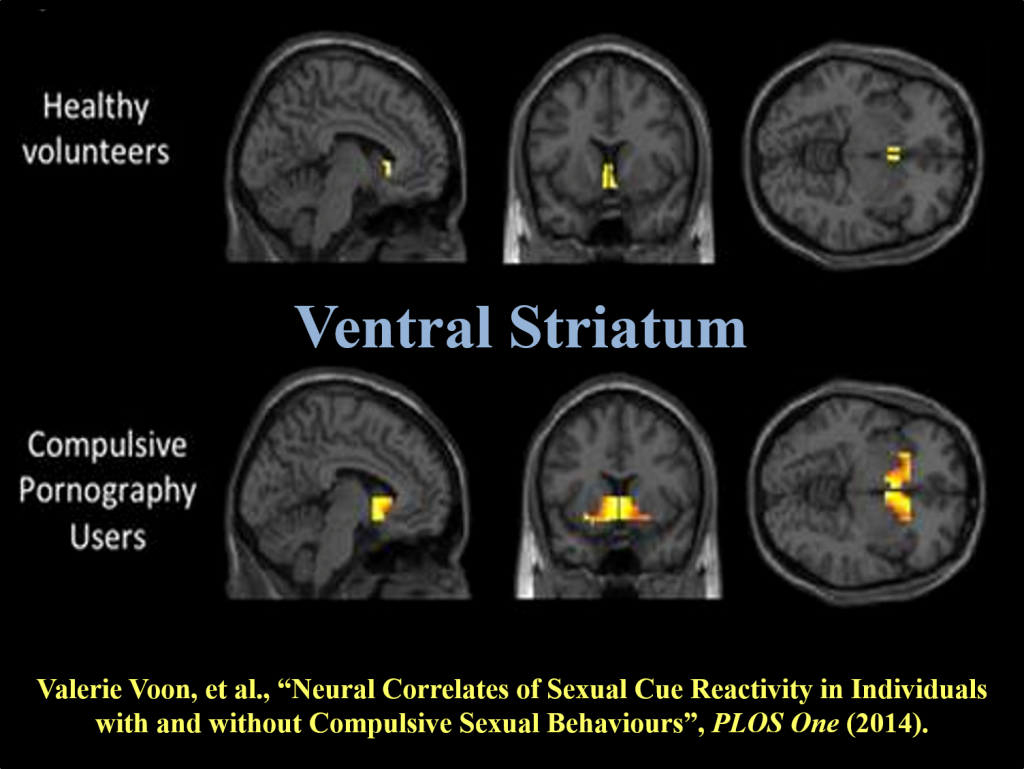 Online pornography has an intermittent reward system that rewards on a variable ratio schedule, meaning you never know just how many photos you will need to look at before you find one you want. The number keeps changing. This is the most potent method for shaping behavior. In scientific experiments, pigeons put on this type of random reinforcement schedule almost starve to death pecking at a single dot that might produce just one pellet of food.[32] 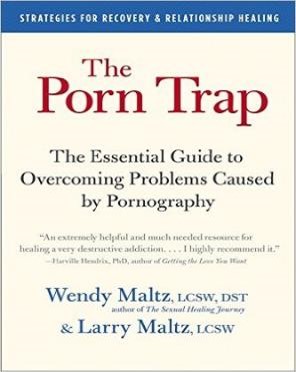 Whatever you anchor your orgasmic event in (e.g. women screaming, lesbian sex, violent sex, rape?), you will desire to go back to that event to orgasm. Normal sex will not interest you anymore. Biologically, an orgasm is a powerful reinforcer. Maltz and Maltz write, “Powerful human bonding hormones, such as oxytocin and vasopressin, are released with orgasm. They contribute to establishing a lasting emotional attachment with whomever, or whatever, you happen to be with or thinking about at the time. The more orgasms you have with porn, the more sexually and emotionally attached to it you’ll become.”[37] Maltz and Maltz add, 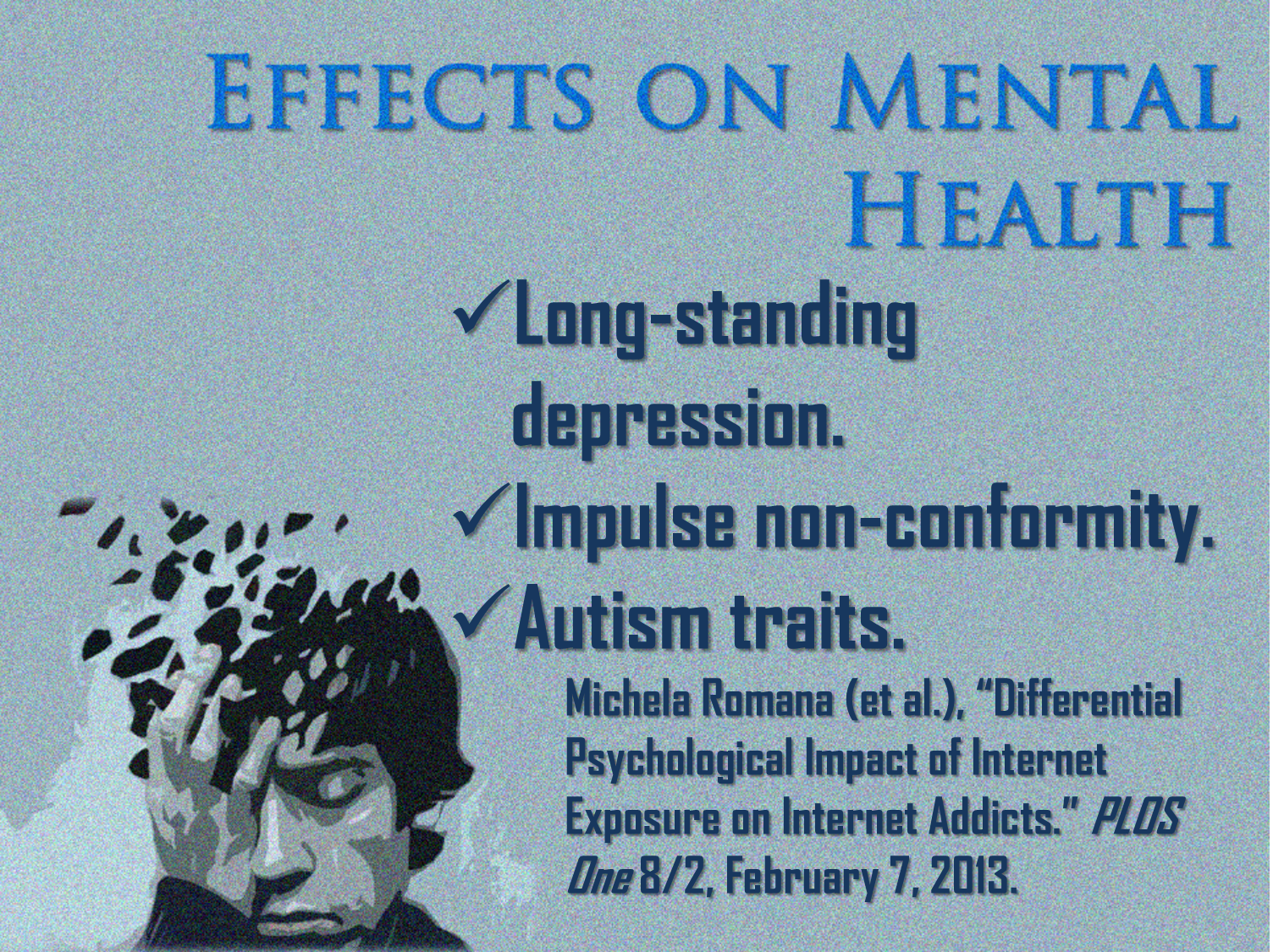 Internet addiction was associated with long-standing depression, impulsive nonconformity, and autism traits. High internet-users also showed a pronounced decrease in mood following internet use compared to the low internet-users. The immediate negative impact of exposure to the internet on the mood of internet addicts may contribute to increased usage by those individuals attempting to reduce their low mood by re-engaging rapidly in internet use.[44]

After adjusting for potential confounding factors, the relative risk of depression for those who used the Internet pathologically was about 2.5 times… that of those who did not exhibit the targeted pathological internet use behaviors.[45]

C.H. Ko (et al.) from Department of Psychiatry in Kaohsiung Medical University studied “2293 adolescents in grade 7 to assess their depression, hostility, social anxiety and Internet addiction.” A year later, they performed a reassessment. They found,

For two days I had to fast. I drank heavily one day prior before I did the movie. When I got on the set I felt really sick to my stomach. I wanted to turn around and run when I walked through the door and saw all the male porn stars and film crew standing there. I zoned out and wanted it to be over. I kept saying to myself, ‘This is going to be over in an hour. You can do it.’ I wanted to break down and cry but I hid behind my fake smile. During the movie I mentally and emotionally checked out and felt like I died. I don’t remember real well the pain and trauma I went through. After it ended, everybody wanted to take pictures with me and get my autograph. Here I am standing there with bodily fluids all over me and people wanted to take pictures with me. It was horrible. My body was sore the next couple of days and I wasn’t right mentally for two weeks after that. I wasn’t able to use to the bathroom right either. My internal system was totally messed up…

My nerves were shot, I couldn’t take it anymore, I was physically sick and had to go to the ER for a nervous meltdown, enough was enough. I didn’t care about my name anymore. I didn’t care about a temporary financial fix. I wanted to be a good Mother for my children and show them that life is not about the easy way out of things, but about the road less traveled. I left for the sake of my sanity and my soul.[51]

The vast majority of these women are lured into this work in a moment of weakness. But, unlike prostitution, their sexual act is watched over and over for decades to come. If they regretted their decision down the road, it’s too late. They signed a contract, and they were videotaped—unable to take it back.

Do you resonate with any of the false beliefs that have been raised so far? What about these listed below? As you share these, offer rebuttals to each, showing why they are false:

“I’m not hurting anybody.”

Laaser’s book was pretty helpful on this subject. He himself is a recovering sex addict, and he offers good insight into the nature of sexual addiction. However, I didn’t find his solutions to the problem very helpful—as he simply covered Old Testament Bible stories that were supposed to help the person in recovery. The first half of the book, however, was an excellent treatment on the causes and nature of sexual addiction.

McCallum’s book is not a book on overcoming pornography, but it is one of the best books out there on spiritual growth—specifically taking up the importance of understanding our identity in Christ. More could (or should) have been said in this paper on this, but reading McCallum’s book will help with the thesis of taking up a grace-based perspective on spiritual growth.

Paul, Pamela. Pornified: How Pornography Is Transforming Our Lives, Our Relationships, and Our Families. New York: Times, 2005.

While I haven’t read this book, I probably should have. Struthers is a Christian neuroscientist from Wheaton College, who explains the effects of pornography on the brain.

[25] Doidge, Norman. The Brain That Changes Itself: Stories of Personal Triumph from the Frontiers of Brain Science. London, England: Penguin, 2007. 104.

[28] Waite, Linda J., and Maggie Gallagher. The Case for Marriage: Why Married People Are Happier, Healthier, and Better off Financially. New York: Doubleday, 2000. 79.

[45] Lawrence T. Lam and Zi-Wen Peng, “Effect of Pathological Use of the Internet on Adolescent Mental Health: A Prospective Study,” Archives of Pediatrics and Adolescents Medicine Journal. 164/10 (2010): 901-906.

[50] This is also written in her book Lords, Traci. Traci Lords: Underneath It All. New York: HarperEntertainment, 2003.