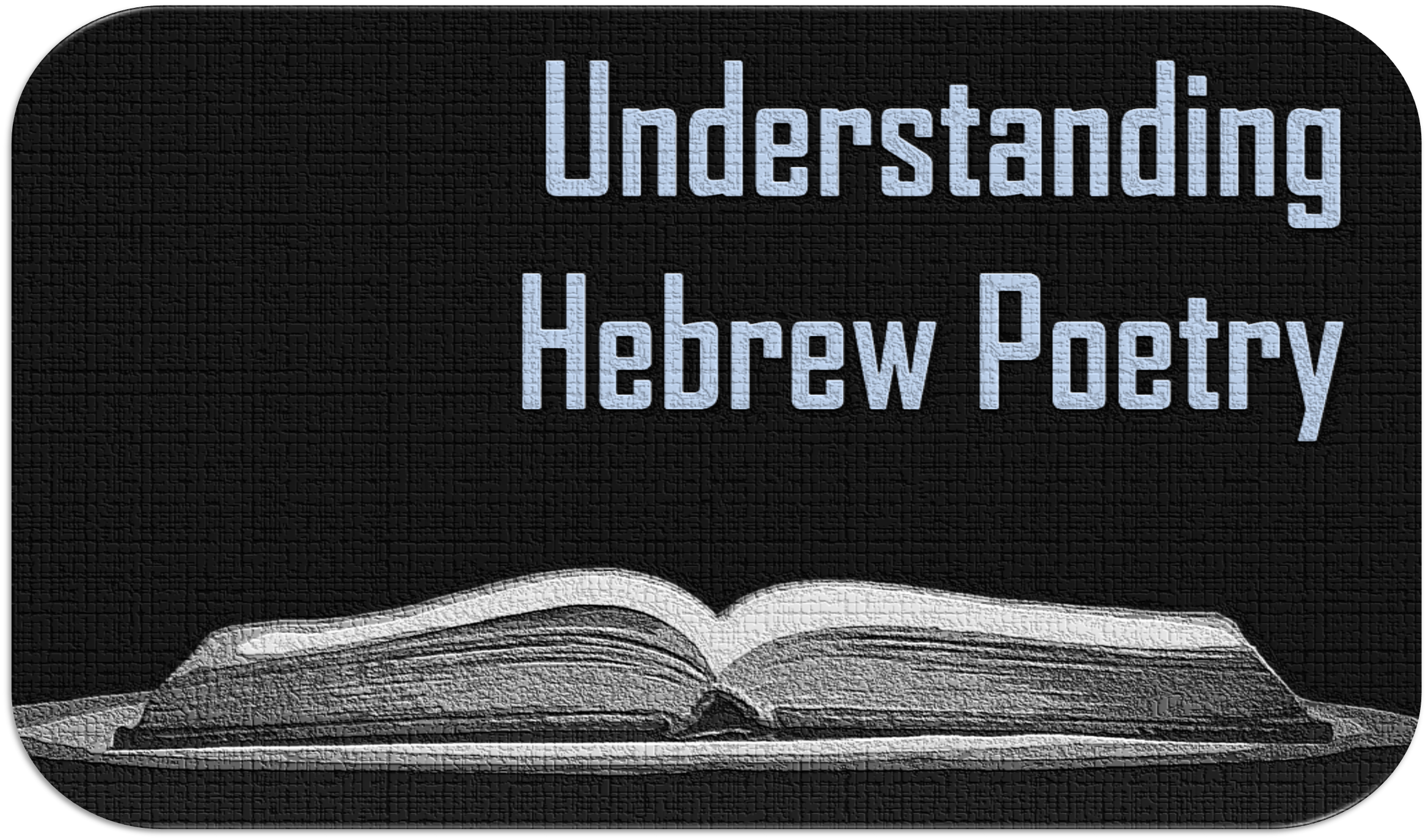 God chose to write poetically in certain parts of Scripture, because this sort of genre communicates in a way that others do not. The poetic version is often more verbose, but it communicates something that rigid, propositional statements simply can’t capture. Consider the difference between these two statements:

“God’s eyes burned with wrath at the nakedness of his people.”

English readers generally think of rhyming when we think of poetry. This is certainly one feature of poetry, but the Hebrews had other features that are important to learn. By learning these features of Hebrew poetry, this will give the reader a more robust reading of the text—specifically as they read through the Psalms and the Prophets who generally write in stanza and poetry.

This is where the poet writes the same thing twice, but with two different emphases. There are two types of parallelism: synonymous and antithetical.

(Prov. 3:11) My son, do not reject the discipline of the Lord or loathe His reproof.

(Prov. 17:25) A foolish son is a grief to his father and bitterness to her who bore him.

(Isa. 53:5) He was pierced through for our transgressions, He was crushed for our iniquities.

Antithetical parallelism occurs when the author repeats the concept in opposite ways:

(Prov. 19:16) He who keeps the commandment keeps his soul, but he who is careless of conduct will die.

(Prov. 10:2) Ill-gotten gains do not profit, but righteousness delivers from death.

(Prov. 8:35-36) For he who finds me finds life and obtains favor from the Lord. 36 But he who sins against me injures himself; all those who hate me love death.

Intensification occurs when the poet repeats himself with the purpose of magnifying his point. For instance, a football coach might say in a locker room speech, “We’re going to beat them in the second half… We’re going to humiliate them and send them home crying!” The first statement is intensified by the second.

Consider a few examples of intensification:

(Jer. 7:34 NIV) I will bring an end to the sounds of joy and gladness and to the voices of bride and bridegroom in the towns of Judah and the streets of Jerusalem, for the land will become desolate.

(Ps. 18:24) Therefore the Lord has recompensed me according to my righteousness, according to the cleanness of my hands in His eyes.

(Job 5:10) He gives rain on the earth and sends water on the fields.

This is when an inanimate or impersonal object will be given personal characteristics. For instance, Jimi Hendrix wrote, “The Wind cries Mary…”

(Isa. 35:1) The wilderness and the desert will be glad, and the Arabah will rejoice and blossom.

(Isa. 55:12) The mountains and the hills will break forth into shouts of joy before you, and all the trees of the field will clap their hands.

Of course, the Hebrew prophet didn’t believe that the trees would literally clap their hands (like Groot from Guardians of the Galaxy). Instead, personification explains truths about God’s plan in a robust and vivid way.