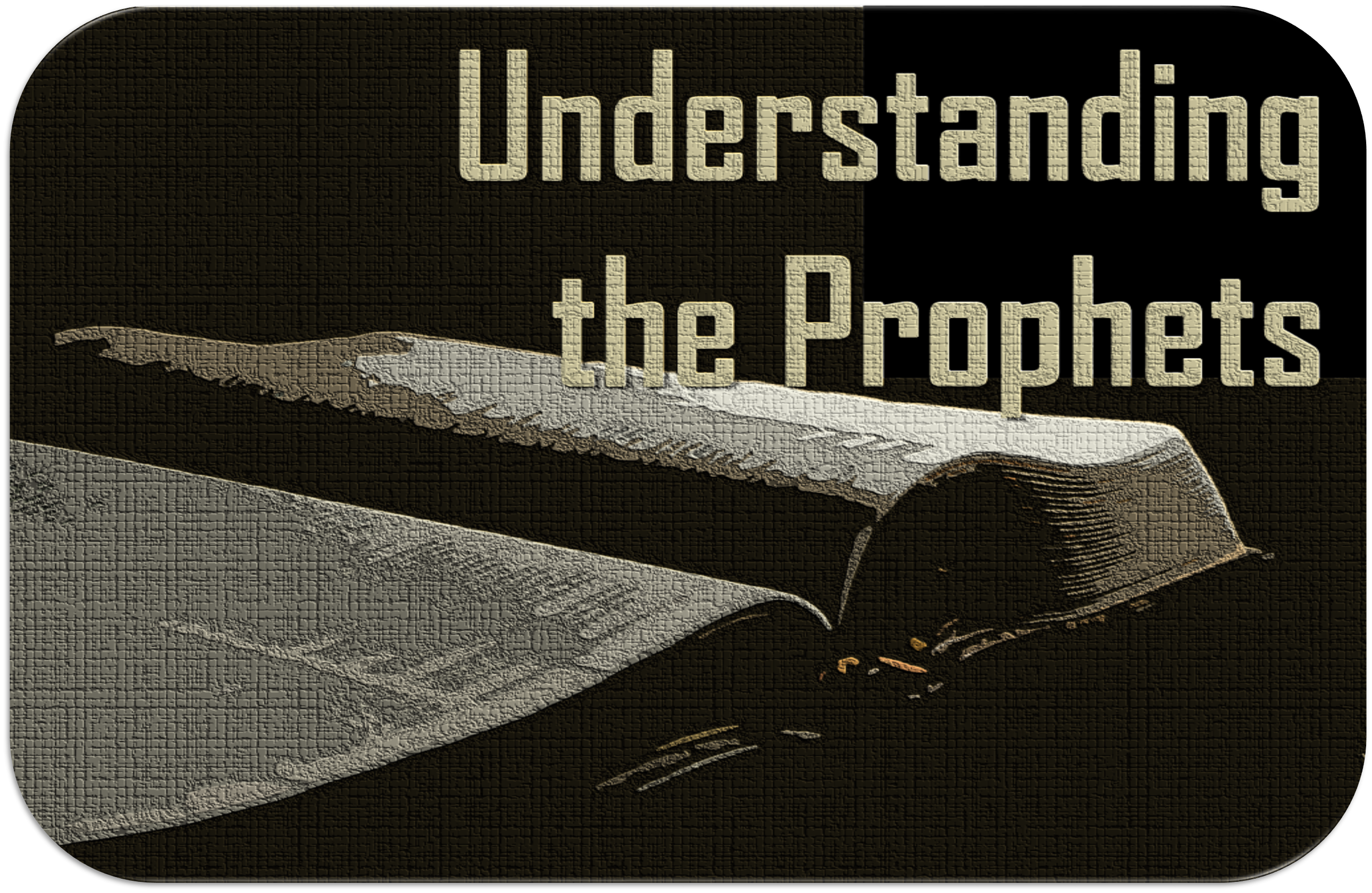 The major and minor prophets constitute a large section of the Bible, and yet, many believers have never read them. As pastors have often quipped, “You better read the book of Obadiah, because someday you’ll meet him in heaven… and you’ll be embarrassed if you haven’t read his book!” More importantly than this, however, is the fact that the prophets are an important part of Scripture that offer deep insights into the plan and mind of God.

Christians often ignore the prophets because they are so difficult to interpret. It is difficult to understand the historical backdrop of these books. In order to read the prophets, you almost need to read a history book first! These books weren’t written in a vacuum, but were written to real people in a historical context. Since moderners are often ignorant of this history, the prophets don’t fit very well into our daily Bible reading plan.

What is a prophet?

The Hebrew word for “prophet” is navi’ (this is the same word used for the blue people in Avatar by the way…). According to the Bible, a “prophet” is one who speaks on behalf of someone else. In Exodus, we read, “Then the Lord said to Moses, ‘See, I make you as God to Pharaoh, and your brother Aaron shall be your prophet’” (Ex. 7:1). Scholar Mark Rooker writes, “Nābî occurs over 300 times in the OT and is cognate to the Akkadian verb nābu, “to call.” Based on this parallel scholars have concluded that the Hebrew prophet was one who had been “called by God.” The prophet was one who was commissioned to speak on God’s behalf, not unlike a modern-day ambassador representing his homeland.”[1]

How do we identify a true prophet?

15 The Lord your God will raise up for you a prophet like me from among you, from your countrymen, you shall listen to him.

16 This is according to all that you asked of the Lord your God in Horeb on the day of the assembly, saying, ‘Let me not hear again the voice of the Lord my God, let me not see this great fire anymore, or I will die.’

17 The Lord said to me, ‘They have spoken well.

18 I will raise up a prophet from among their countrymen like you, and I will put My words in his mouth, and he shall speak to them all that I command him.

19 It shall come about that whoever will not listen to My words which he shall speak in My name, I Myself will require it of him.

20 But the prophet who speaks a word presumptuously in My name which I have not commanded him to speak, or which he speaks in the name of other gods, that prophet shall die.’

21 You may say in your heart, ‘How will we know the word which the Lord has not spoken?’

22 When a prophet speaks in the name of the Lord, if the thing does not come about or come true, that is the thing which the Lord has not spoken. The prophet has spoken it presumptuously; you shall not be afraid of him.

Based on this passage above, how did the Jewish people identify a true prophet from a false prophet?

What was the difference between Hebrew and Pagan prophets?

Rooker explains some of the key differences between Hebrew and Pagan prophets: “Most Israelite prophetic announcements address the entire nation (not just the king). The Israelite prophet confronts the people with a socio-ethical directive and a national purpose, threatening utter extinction as the consequence of disloyalty. This feature, unique to Israelite prophecy, is based on Israel’s covenant relationship with God wherein God chose one nation and revealed Himself in His ongoing relationship with that nation. Israel’s unique covenant relationship with God stands behind the prophets’ words. Thus only in Israel do prophets appeal to God’s holiness as the standard for measuring society. Pagan gods were often depicted as incorrigible and immoral as the people. In a very real sense, what is distinctive about Israelite prophecy is the incomparability of Israel’s God. This God, unlike pagan gods, has a plan for the entire world and He controls history, guaranteeing the fulfillment of the prophetic word.”[3]