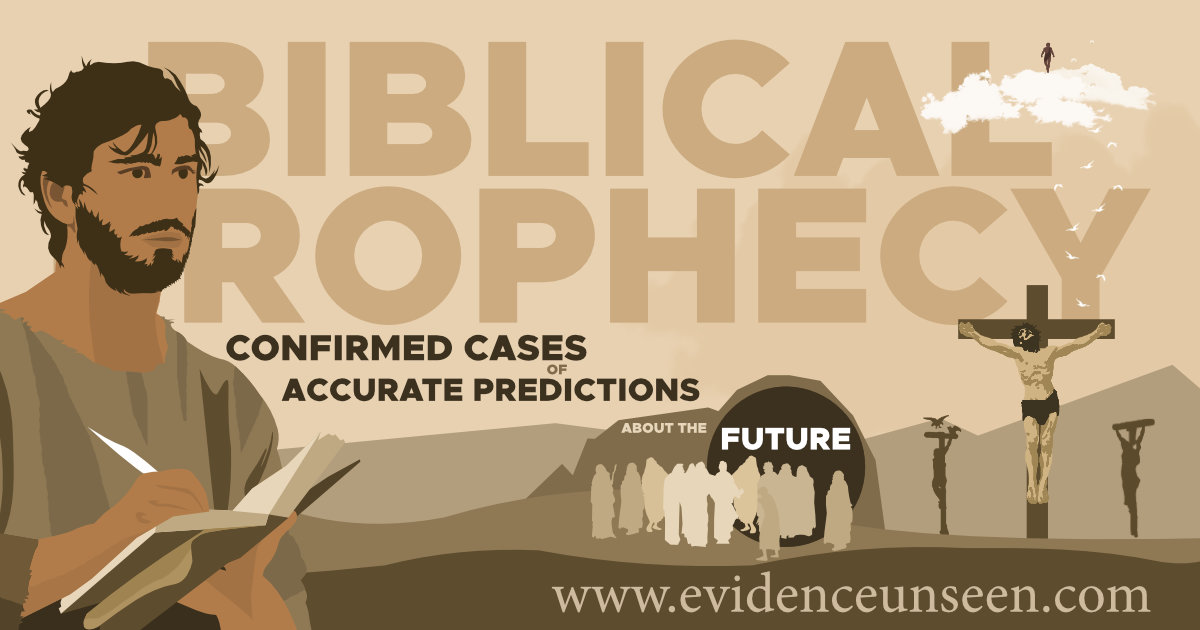 We contend that Christian apologists have been guilty of overstating their case in regard to the predictions found in the OT. Often, Christians will say that Jesus of Nazareth fulfilled 300 predictions from the OT, and Jesus’ fulfillment is incredibly improbable.[1] However, critics of the Bible are quick to point out that many of these predictions are only verified by the NT authors themselves. For instance, the psalmist wrote that the Messiah “ascended on high” (Ps. 68:18), and the NT authors note that Jesus was taken up into heaven to sit at God’s right hand (Acts 1:9; Heb. 1:3). But how can we prove the fulfillment of this prophecy to skeptical readers?

As Christians who trust in the authority and inerrancy of Scripture, we trust that Jesus did ascend into heaven. In fact, all of the predictions about him in the OT have been fulfilled. However, not all of these predictions have evidential power for a skeptical reader.

For this reason, we propose a change in approach in this regard. We think it is wiser to be more conservative in our claims, pointing to only those passages that have evidential weight, rather than those that do not. We believe that Psalm 22, Isaiah 53, and Daniel 9:24-27 have strong evidential weight for skeptical thinkers—especially because the outcome of these predictions can be verified outside of the Bible (e.g. Jesus’ crucifixion, date of Jesus’ death, worldwide expansion of Christianity, etc.).

In addition to these cogent prophecies, we should show how the entire story of the OT is anticipatory of Jesus of Nazareth. That is, the OT foreshadows the work of Christ who was to come—even if each of these predictions cannot be shown to have a one-to-one correspondence. For this reason, we have included other predictions which foreshadow the ultimate work of Christ, as well as some of the passages that NT authors cite as foreshadowing Jesus of Nazareth. However, not all of these passages are going to have equal evidential weight to skeptical readers. The reader can be the judge of that:

Genesis 3:15 A Redeemer was promised immediately after the Fall, who would destroy the work of Satan.

Genesis 9:26-27 The Redeemer would come from the Semitic peoples.

Genesis 14:17-20 The mysterious figure of Melchizedek authenticates the high priesthood of Christ, as a unique messianic priest-king.

Genesis 22:1-19 The Redeemer would be Jewish—a descendant of Abraham—who would bring blessing to the whole world (c.f. Gen. 12:1-3). This passage also foreshadows the work of Christ being killed by his father.

Genesis 49:10 The Redeemer would come from the tribe of Judah.

Exodus 12:1-22 The celebration of the Passover foreshadows the work of Christ, who was the Lamb of God who came to take away the sins of the world (Jn. 1:29).

Exodus 25:10-22 The ceremonial practices of Tabernacle worship foreshadow the work of Christ.

Foreshadowing in the Festival System The religious ceremonies and festivals prefigured the Christ’s life and work.

Numbers 21:4-9 This passage prefigures the sacrifice of Christ, because God saved those who turned toward the brazen serpent.

Numbers 24:17 The Pagan prophet Balaam predicts that the Messiah would come and protect the nation of Israel. He also uses the same symbolism as Jacob in Genesis 49:10.

Deuteronomy 18:15 Moses predicted that there would be a prophet that would be greater than him. Moses’ life as a prophet foreshadows the work of Christ, as a prophet.

Psalm 2:12 The peoples of the Earth are told to recognize “the Son” and give him “homage” when he comes. Otherwise, God’s wrath will be on them. This predicts that we are supposed to watch for the Messiah; otherwise, God will judge us.

Psalm 16:10 David writes that he would not decay in the grave. Since David did decay, this passage is ultimately fulfilled in Jesus, who rose from the dead after three days.

Psalm 22 David writes this psalm in the first person, but the suffering he describes goes beyond his own death. The greater David—Jesus—fully experiences what he describes here. David describes his death by crucifixion, as well as the worldwide expansion of the Righteous Sufferer’s message. This link takes you to the audio on this passage, but I also take up this prediction in Chapter Six of my new book Evidence Unseen: Exposing the Myth of Blind Faith.

Psalm 45:7 The psalmist claims that the Davidic king would be called “God” (elohim). Only Jesus—the son of God—could adequately fulfill this prophecy.

Psalm 69:21 David writes that his enemies hate him without reason (Ps. 69:4), then he describes how his enemies gave him gall for food and vinegar to drink. Jesus—the Ultimate Sufferer and King—gets the same treatment on the Cross.

Psalm 110 This passage predicts that the Messiah would be greater than David.

Isaiah 7:14 Isaiah predicts a miraculous birth for the house of David. This foreshadows the truly miraculous virginal birth recorded in Matthew 1:23.

Isaiah 9:6-7 Isaiah predicts that the Messiah would be called God.

Isaiah 35:4-6 Isaiah predicts that God would perform miracles, as the people came back from Exile. Jesus (God incarnate) fulfills this to a greater degree in person.

Isaiah 42, 49, 50, 53—The Servant Songs Isaiah predicts that the Servant of the Lord will die by crucifixion for the sins of the world.

Jeremiah 31:15 Matthew sees similarities between the death of the babies in the Babylonian exile, and Herod’s slaughter of the babies during Jesus’ birth.

Daniel 9:24-27 Daniel predicts that the Messiah would be killed in AD 33—over 500 years in advance. This link takes you to the audio on this passage, but I also take up this prediction in Chapter Seven of my new book Evidence Unseen: Exposing the Myth of Blind Faith.

Zechariah 3:8-9; 6:9-15 Zechariah predicts a priest-king, who would unite the nation and rebuild the Temple. Interestingly, the high priest at the time was Joshua (the Hebrew name for Jesus). Joshua serves as the anti-type of Jesus in the future.

Zechariah 9:9 Most powerful leaders would enter on a horse or chariot, but Zechariah predicts that the Messiah would be so humble that he would enter in on a donkey instead.

Zechariah 11:12-13 Zechariah predicts that Yahweh would be betrayed by the people of Israel for 30 shekels of silver.

Zechariah 12:10 Zechariah predicts that the inhabitants of Israel will mourn over having “pierced” him in the past. John relates this to the crucifixion of Jesus (Jn. 19:37), and his return at the end of human history (Rev. 1:7).

Zechariah 13:7 Jesus shows the similarity between the nation scattering and the disciples scattering at his arrest.

Micah 5:2 Micah predicts the birthplace of the Messiah to Bethlehem.

Newman, Robert C. The Evidence of Prophecy: Fulfilled Prediction as a Testimony to the Truth of Christianity. Hatfield, PA: Interdisciplinary Biblical Research Institute, 1988.

[1] I have the utmost respect for the work of Josh McDowell, but he would be an example of a modern apologist who takes this approach. Therefore, I would hope that he (as well as others) would not take this statement as disrespect—simply disagreement. McDowell, Josh. The New Evidence That Demands a Verdict. Nashville, TN: T. Nelson, 1999. 165.